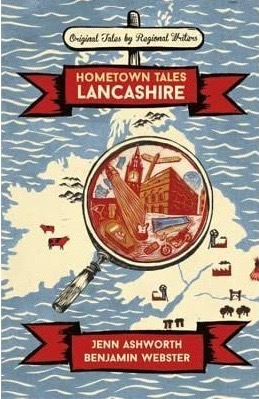 ‘Hometown Tales : Lancashire’ has the basis of a good idea……getting local authors to write short stories set in their own locality. With no expectations I read the first of two tales in this book ‘After the Funeral, the Crawl’ and thoroughly enjoyed it. Basically a young, getting into middle-age couple attend a funeral in Preston, where they both grew up, miss the last train back to London and, having nothing else to do, embark on a pub crawl of sorts. The settings are described ‘as is’ which is great, and the back story that the young woman had had a one-night stand with the dead man, resonates and lends substance to the story. I don’t usually enjoy short stories as they never get going and there is no time to develop character or setting, but this was the exception. The second tale ‘Judas’ I did not enjoy. Apart from the unreality of someone being swept back in his unconscious self to before his time to the famous Bob Dylan concert in Manchester, and being there with his father (who was there), the narrative was shallow and didn’t seem to be going anywhere (it didn’t). Nice little hardback book, nice idea, 50% successful for me.