As part of our Christmas present from Katherine, we had a voucher for afternoon tea at the Fowey Hall Hotel. We had visited once before and came away extremely disgruntled with atrocious service. This time the service was impeccable.

The tea was lovely, the weather great, and the setting and views tremendous.

As you might expect we were sated and decided we had better work off some of the culinary inputs by steeply descending into Fowey.

Some people might regard Fowey as twee. But it is one of my all-time favourites. 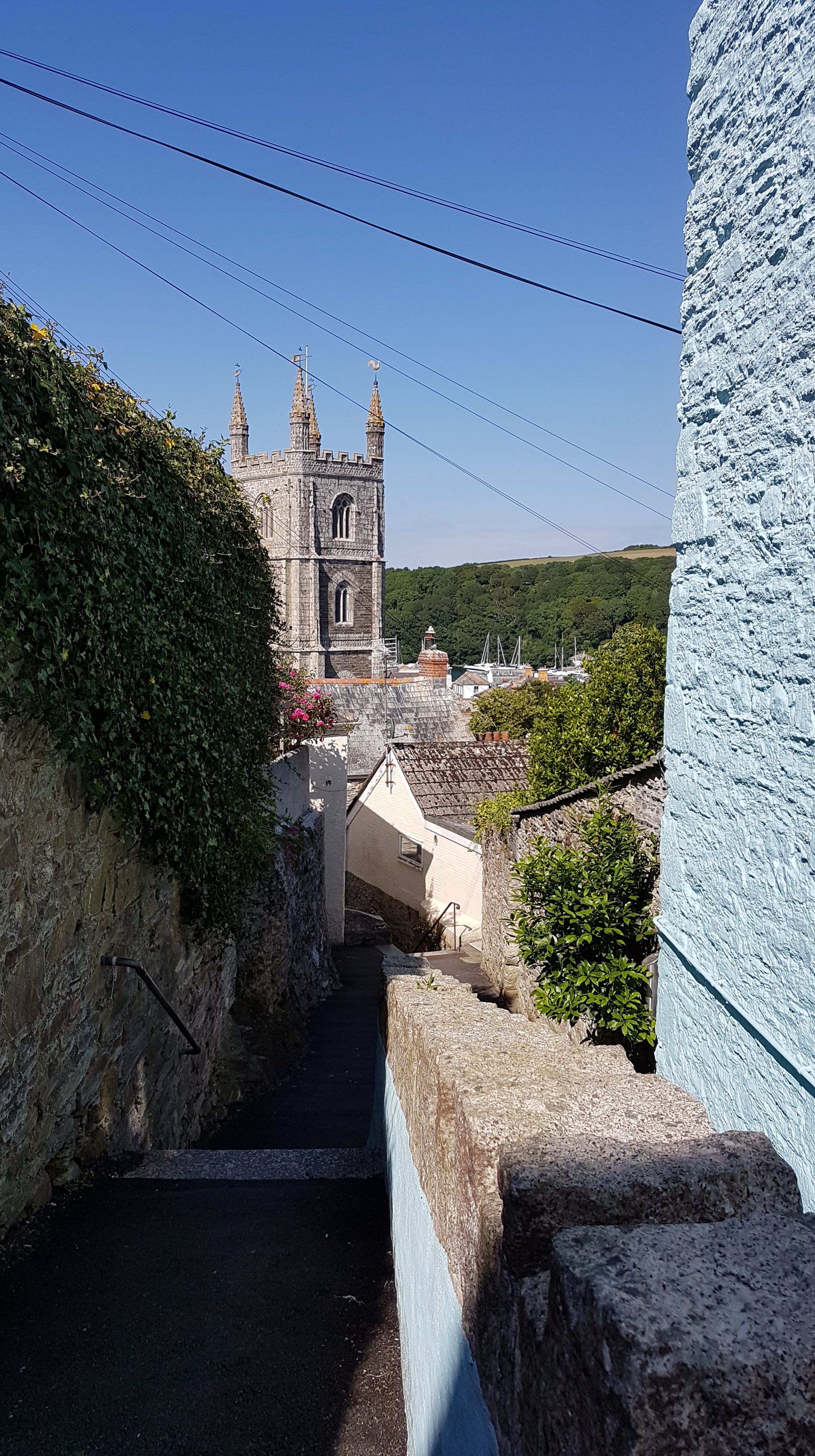 The harbour and town were busy. Whilst enjoying the views, staring down into the waters we couldn’t believe our  eyes when we saw a group of the most enormous jellyfish at least three or four feet long…..

I have always had a desire to live in Fowey…and on this beautiful February day who could gainsay me? I had after many years of looking found on-line a flat that seemed to be in our price range. It, or rather they, for we looked at four or five flats, of one and two bedrooms, in the same building, were located at the Bodinnick ferry crossing. They were very nice but unfortunately just too small. Anyhow another good excuse to come to Fowey…….

On the way back we called in to the Cormorant Hotel at Golant  for a drink. This is the view from their car park…. 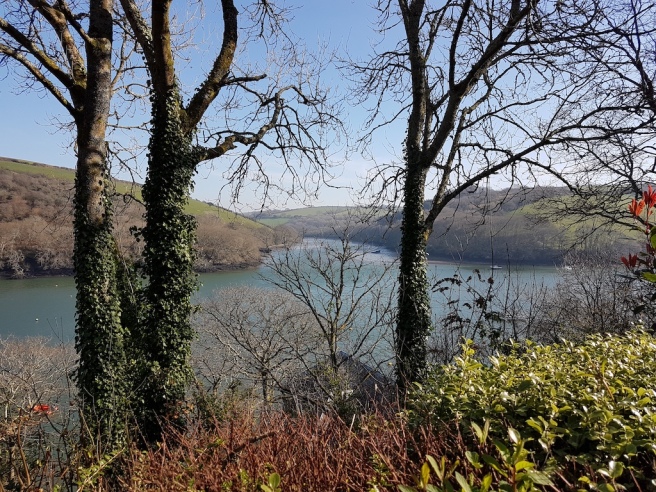 and terrace…wonderful. Unfortunately the hotel was closed for a few days for renewal, but we had a nice chat with the owner and will certainly be back.

Yet another trip to the tip and another trip to Fowey as a reward. Parking free at this time of year. Great. Some Edwardian houses we hadn’t really noticed before gleaming in the bright sunshine on this February day. Fairly quiet although half-term, and a pleasure to wander around the streets.

I thought I would use this trip to take some shots of the typically Cornish surfaces, and doorways. Interesting I think. 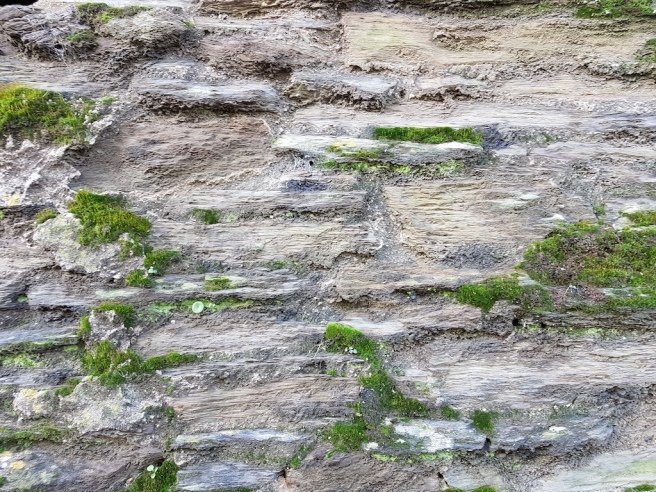 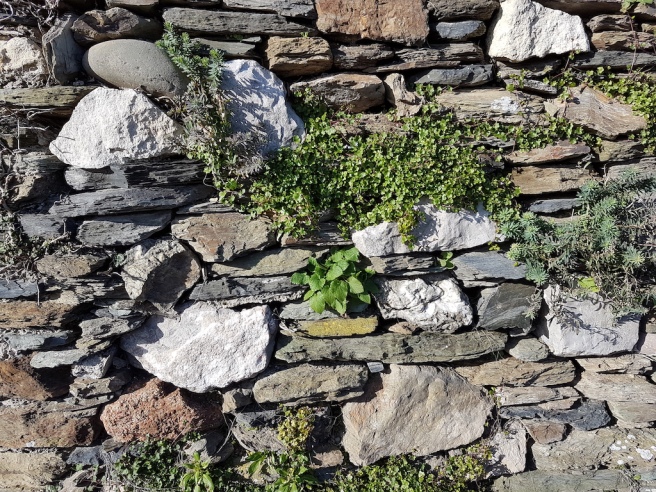 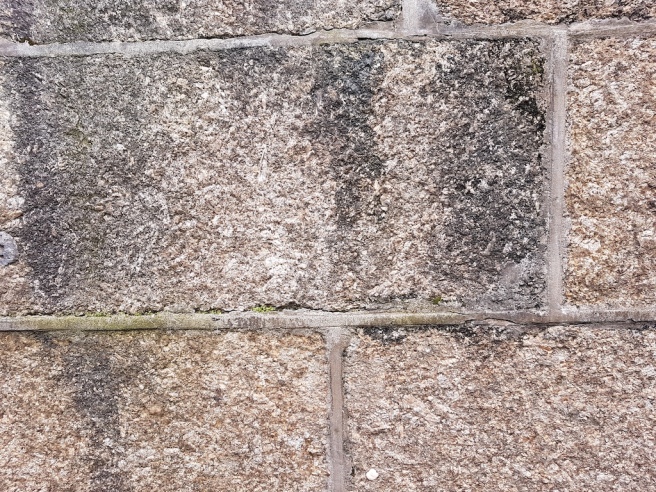 This time we wandered down through town to the Bodinnick ferry with a view across to Daphne Du Maurier’s house Ferryside. 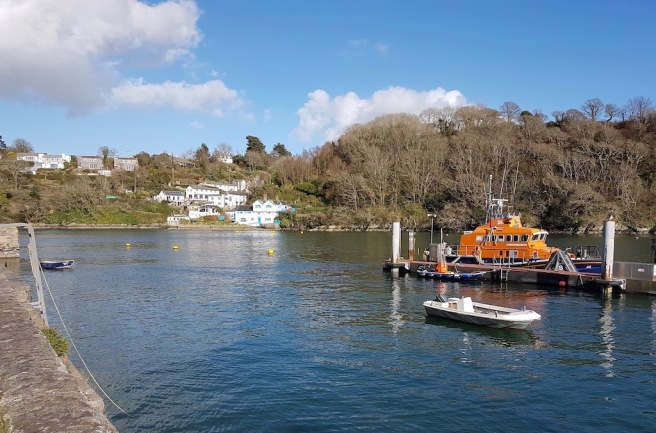 Liveable houses down here too!

I liked the idea of having my boat slung under the house ready for action and a quick get-away! Good view of Ferryside on the opposite bank…. 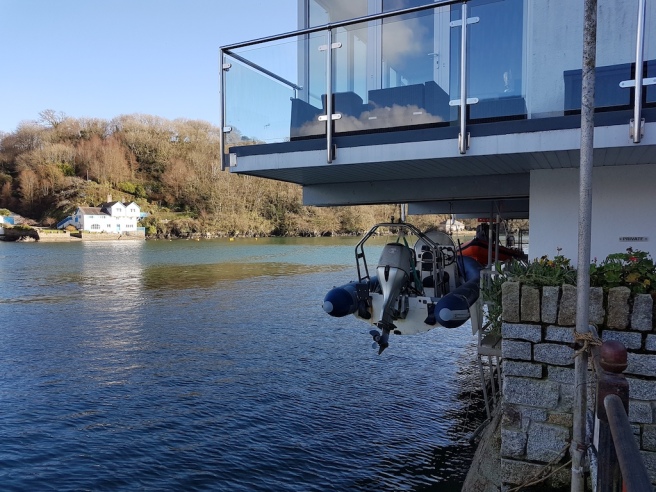 The statue at the ferry terminus is rather good…

and always interesting to look inside the RNLI station….we donated.

You are nearly always guaranteed a good view with a pint in Fowey….here from The King of Prussia……

Now for some doors…..and door-knockers…. 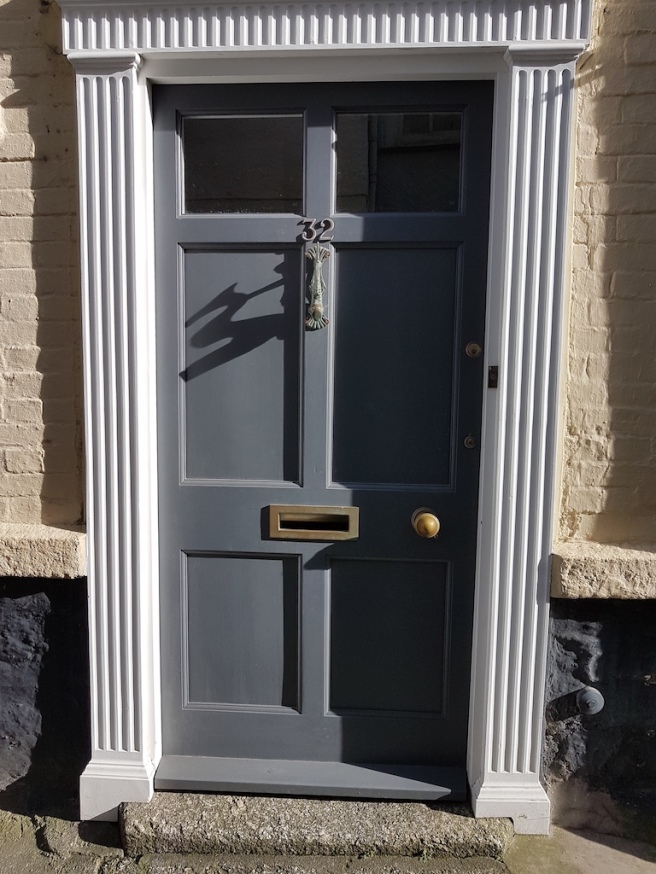 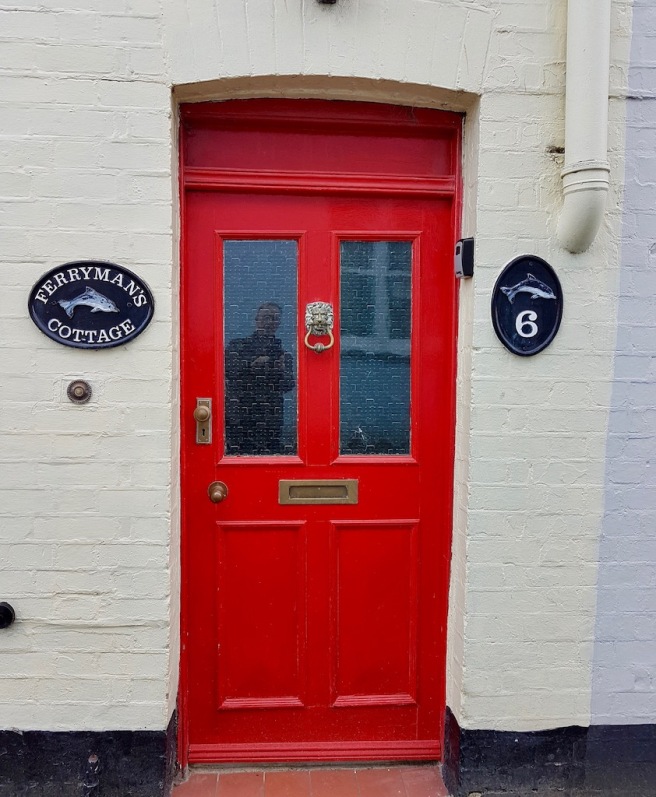 Then on the way back I noticed the old house of Q, or Sir Arthur Thomas Quiller-Couch, with its plaque. 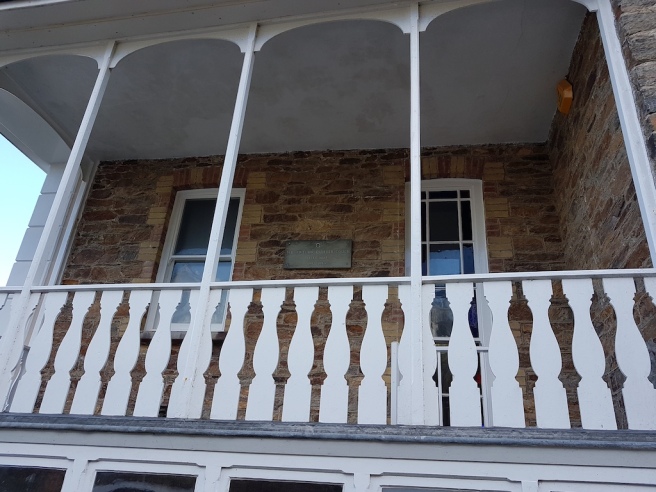 On our regular walk in Looe we saw a landing craft hover in the retreating sea outside Looe (the tide was almost at its lowest), and then make up its mind and beach. We have absolutely no idea what all this was about, but it did attract attention! Having then to take some garden rubbish to the tip we used the opportunity of going on a bit further to Fowey one of my all-time favourite places. We had lunch and a pint at the Ship Inn which we had never been in before – a traditional pub with roaring fire – perfect on a cold day. 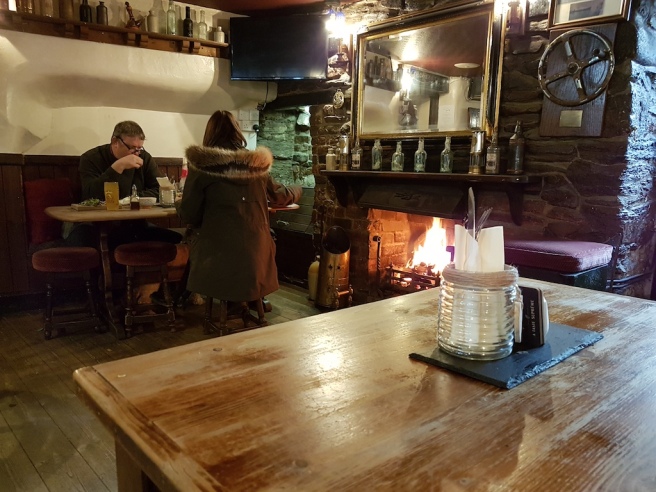 After a nice stroll through town we climbed the steps to the hotel now renamed as The Fowey Harbour Hotel  where we had a coffee.  Part of a group, but with reasonable taste….

and great views from where we were sitting in the bar\lounge…..

they seem to have copied the ‘wellies’ idea from Olga Polizzi’s Tresanton Hotel in St Mawes…..