Having raved about the Truro and Penwith College restaurant in Penzance – Senara – we thought we would try their sister operation in Truro. “It’s run entirely by our Professional Cookery and Professional Food and Beverage students, who gain valuable experience whilst working towards their qualifications.” Three courses for £10…..you can’t go wrong. Here’s their sample lunch menu…

What I have to say is that although we would definitely recommend Spires- it is incredible value, and we would go there again, – it didn’t come anywhere near to the standard of Senara. Strange in one way as they are part of the same organisation, but then again the staff are different so I wonder whether that is where the difference lies. Do they sample each other’s fare? Perhaps not. At Senara it started with the bread beautifully made, tasty and a choice on offer. At Spires we were given white bread which wasn’t fully cooked through. And the different courses each had their small failings….salad not picked through, no dressing etc etc. Still we enjoyed ourselves. We then tootled off to Truro on the Park and Ride to spend my book token in Waterstone’s. Walking through Truro is always a pleasure with plenty of fine buildings and the streetscape is great. City Hall we noticed had closed – it is being converted into flats I believe. This was where the TI was located where we wanted to get some bus timetables,

but right opposite is the new TI which is really really good. here is a little seating area just as you enter…..very jolly! 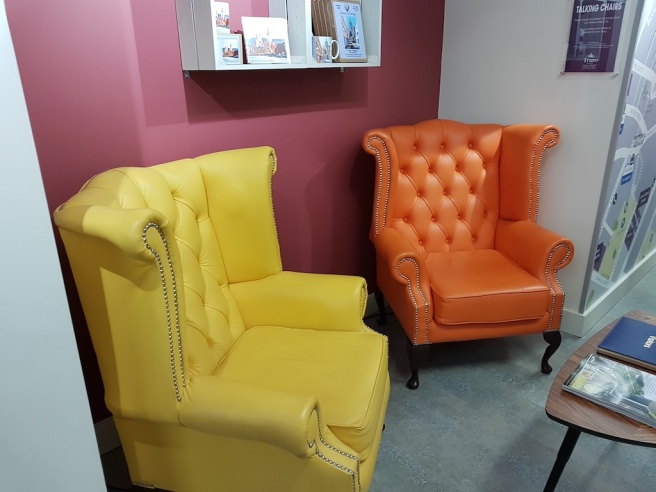 Just to the left is the old ‘Coinage Hall’  so-called because of Truro’s past status as a Stannery. The current building is Victorian.

Granite cobbles and kerbstones impart a lot of character as does the leat system for water thought to be a system the Victorians used as for street cleansing and drinking water for horses.

Truro’s cathedral is obviously prominent in the town but on a day with cloudless skies it is magnificent. 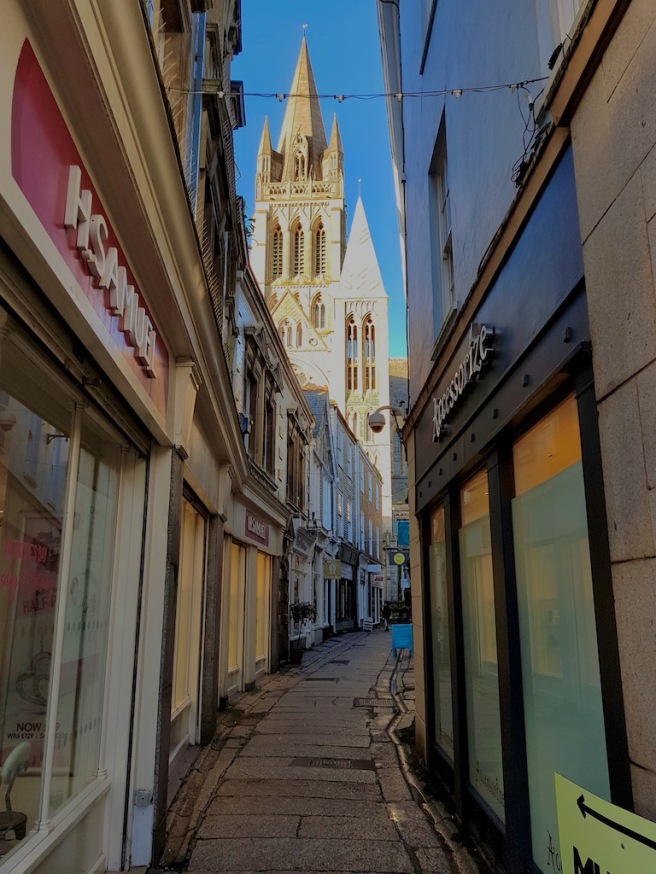 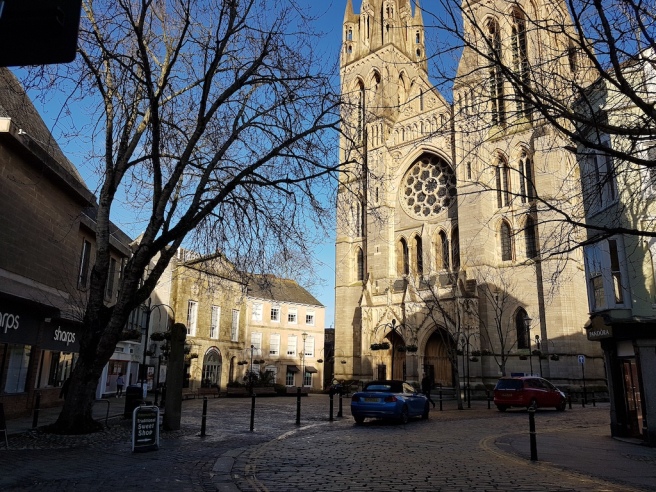 Truro is less than an hour by car for us so a great place to visit. The weather hasn’t all been blue skies as these recent pics of our garden show…. 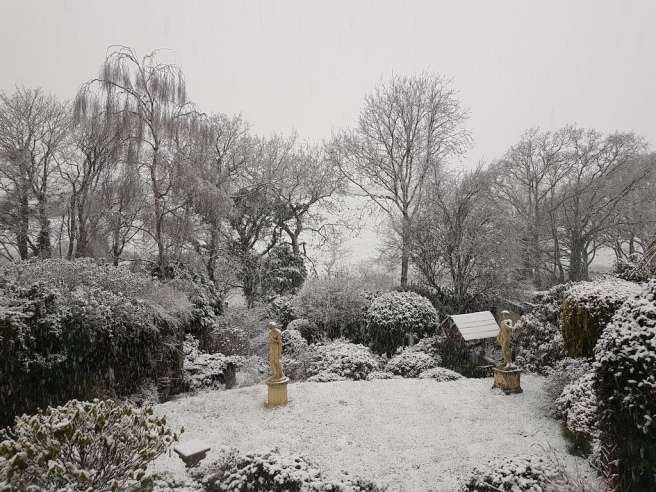 but we like our walk along the local lanes whatever the weather, particularly just now when the wildflowers are starting to appear in the Cornish hedges…. 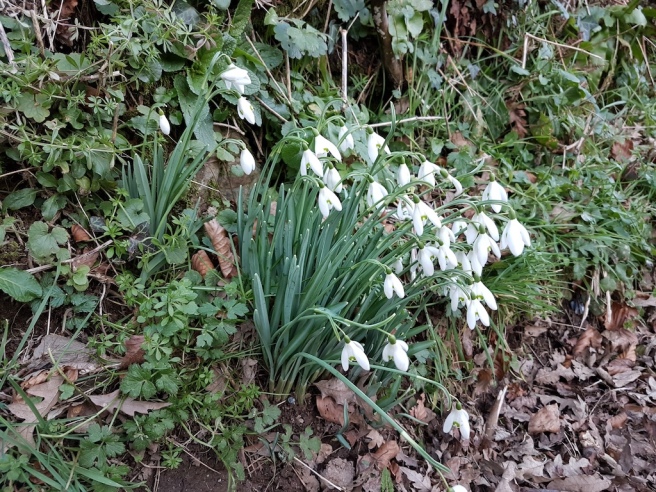