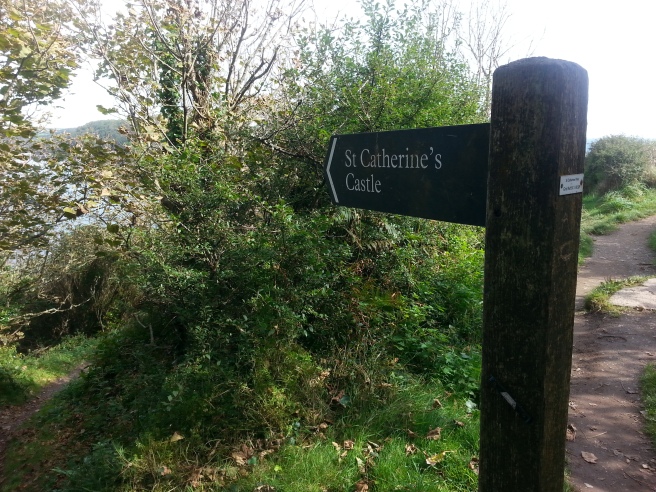 From our usual starting point of Readymoney Cove, instead of walking straight into Fowey awe decided to have a look at yet another of Henry VIII’s defences – St Catherine’s Castle. A fairly steep climb brought us there. ‘The castle formed part of the comprehensive system of coastal defence begun by Henry VIII after his break with the Church of Rome resulted in England’s isolation from Catholic Europe. It is shown as part of the defences of Fowey harbour on a map of 1540 as ‘half-made’.

The building work was supervised by Thomas Treffry, whose family had played a leading role in the town for several generations. Treffry went on to supervise the building of Pendennis and St Mawes castles in the 1540s, and the design of St Catherine’s seems primitive by comparison.

St Catherine’s Castle takes its name from the rocky headland on which it stands. Its position, high above the entrance to the Fowey estuary, is spectacular: from the terrace there are superb views across the attractive town and harbour.

St Catherine’s Castle was kept in repair throughout the Tudor period and manned during the first English Civil War (1642–6), when Cornwall as a whole declared for the king, but by 1684 it was described as ‘ruinous’.’

It then was re-fortified during the Crimean War period and also put back into service during the Second World War.

There is a very good potted history on a Castles site.…..

The views seaward and of the Fowey estuary were very good indeed, and we stayed a while to admire them…

We then did a very short loop on the Coast Path. As often on the path there were some very conveniently located benches! 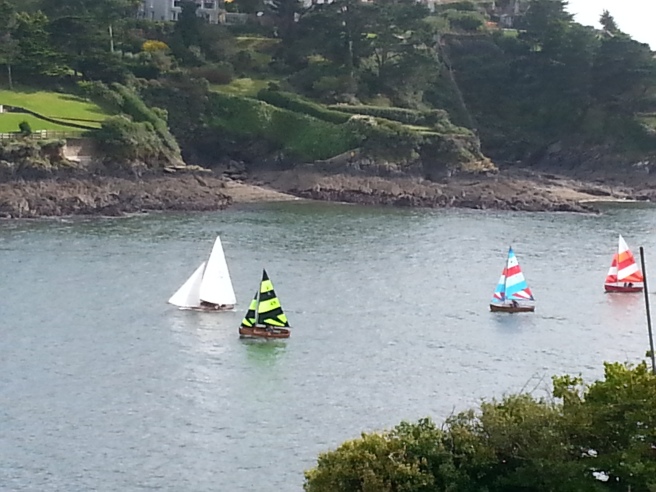 and in the town centre we bumped into the German filming of another episode of their very popular TV series based on the works of Cornish Romantic author Rosamunde Pilcher. Apparently a quarter of a million Germans come to Cornwall each year to look for the locations. 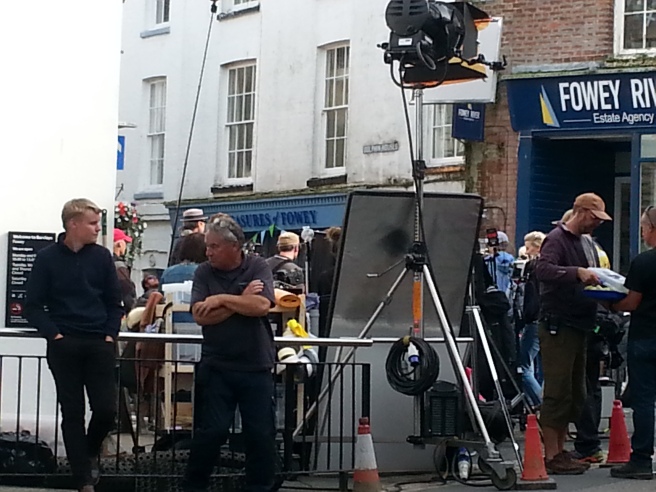