After a quick look at the OS map, we thought we would have a nice little walk around Lerryn on the south side of the river which we have not explored before, and I have to say we were really looking forwards to visiting the brilliant shop and having one of their excellent pasties. As soon as we arrived in the pretty village we were shocked to find that the shop (which was the best local shop we have ever seen) was permanently closed. A notice in the window addressed to the villagers said something about they would know what a lot of messing about they had been subjected to. We were none the wiser – presumably something to do with a rate or rent increase (we have plenty of experience of those ourselves!).

Anyway off we went past an old tarred boat hut and into the woods. 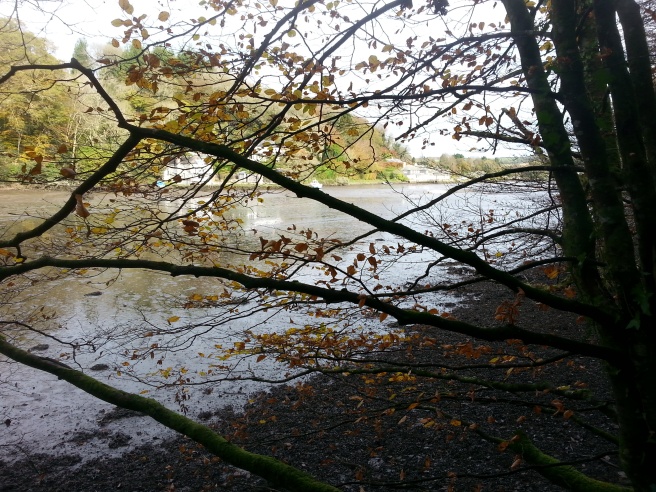 and of course it was lovely and Autumnal, just as it is everywhere….we are so lucky to have four seasons in our country. 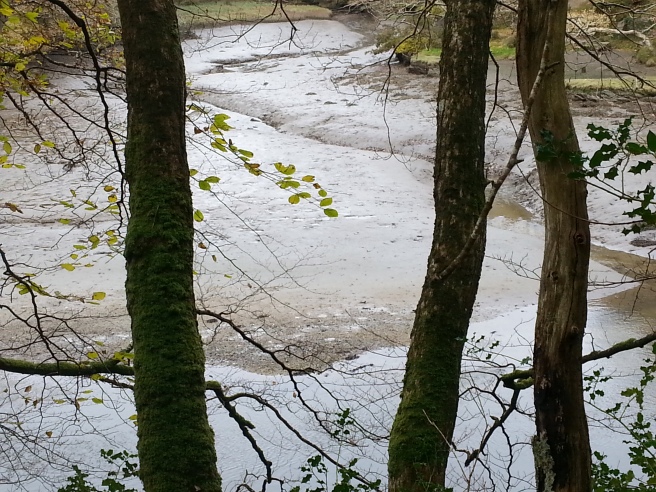 ……we went as far as we could but we came across a bit of a steep drop which we decided F. wouldn’t want to negotiate, and returned along a slightly different route lower down. Just as we were coming into the village again, we made a totally unexpected discovery. There was a wall with various arches which I assumed was some kind of industrial structure such as you find all over Cornwall. However, to our great surprise on  going to its far side we found it was a very large and ornate fountain with the wall being obviously part of a pleasure garden of sorts. Research showed that it was indeed just that…… 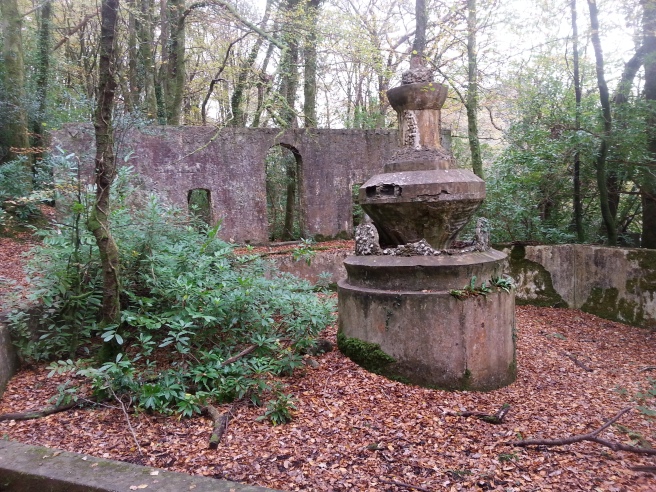 ‘The Lerryn Regatta was a popular annual event and at one time it was called The Henley of the West. It was mentioned in the Royal Cornwall Gazette of 1870. There was a break for the first World War and the regatta restarted with a Peace Regatta in 1919. There was a second break for the second World War and the regatta restarted in 1953 and ran until 1968 when four thousand people attended.[17]

Frank Parkyn, one of the members of the regatta committee and a successful miner, bought some woodland on the south of the river from the Rashleigh Estate in 1911. In about 1920 most of the trees were cut and started construction of a pleasure ground named Tivoli Park after the Tivoli Gardens in Copenhagen which Parkyn had visited. The park featured fountains, a pond, a cascade, obelisks plunge pool and bandstand. The park played a central role in subsequent regattas housing a fun fair, field sports and a pavilion. The park has now become overgrown but remains of the plunge pool can still be seen.’

I must say that all of this is quite incredible. Little did we realise that this, our favourite peaceful little village in these parts, was once quite famous! Having said that, it should come as no surprise in one way as the villagers remain incredibly enterprising….the events going on at the Red Store  are wide and varied and out of proportion for a hamlet of this size.

Shop closed, we went into the great pub the Ship Inn for a pint and a bag of nuts to help

us on our way. I noticed then on our OS map that a short way out of the village the so-called Giant’s Hedge was indicated. Having seen reference to this in Looe we decided to explore. It was a bit further than we thought (and more hilly!), but we persevered and eventually found it. The walk to it was picturesque. 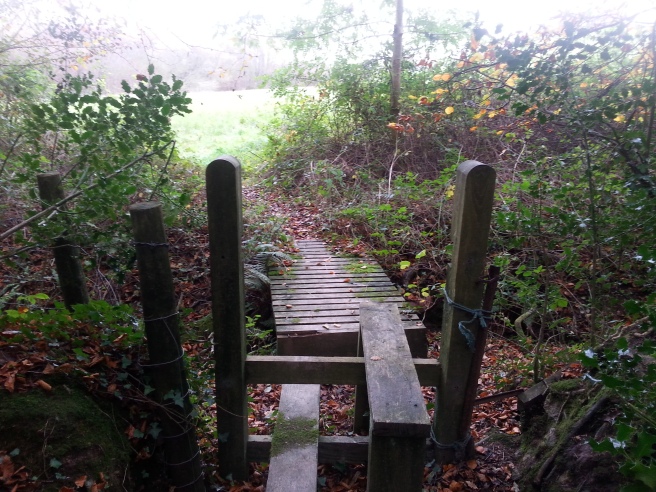 I thought it might be difficult to recognise but it was indeed a prominent feature in the landscape, quite wide and bulky….. 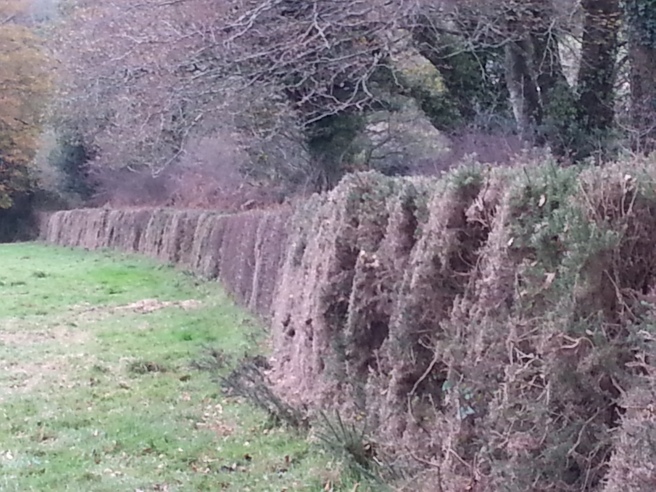 A rhyme  goes as follows….

“Jack the Giant having nothing to do built a hedge from Lerryn to Looe!”

Other versions attribute it to the Devil, who also found himself with nothing to do one day.

The bank stretches some nine miles, from the Fowey Estuary to the Looe Estuary, and it is one of the largest ancient earth banks in the UK. In places it is up to 15 feet high and 24 feet wide, and parts of it are stone-faced. It represents the northern boundary of a territory defined by south flowing rivers on its eastern and western sides, and by the ocean on its southern side.

It is thought to date from the Dark Ages, and historians think that it was probably the boundary of a tribal chief’s petty kingdom (one of many small kingdoms around Britain before the tenth century creation of the kingdom of England). Another theory is that it may have been a “last-ditch” defence of the Cornish against the Saxon incursions of the ninth and tenth centuries.

All very interesting. As we wound our way back to Lerryn, we chatted to a farmer who had lost a sheep, and saw an amazing zip wire crossing a whole field……they obviously know how to enjoy themselves down here.  A very interesting trip indeed…….we hope the shop re-opens.