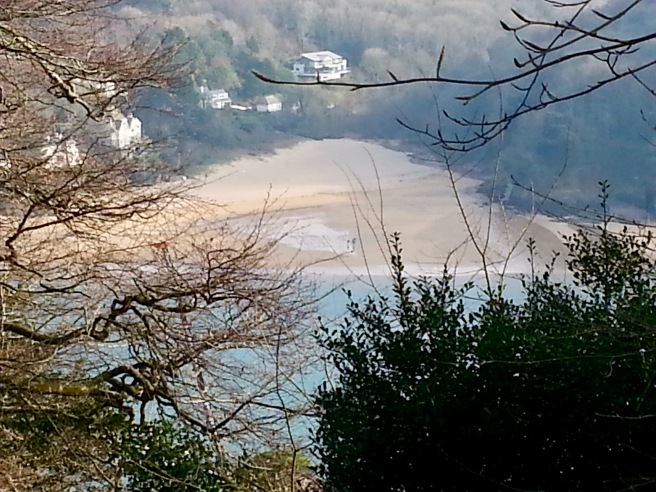 Make everything a memorable experience…well, we had a bedhead to collect at Ivybridge, so after doing that we thought we would explore the South Hams nearby. We ended up in Salcombe and here was our first view over the water having parked our car on the steep hill down into town. A beautiful beach at East Portlemouth which is right opposite Salcombe on the Kingsbridge estuary. And this was one of a whole series of top-class beaches strung all along the estuary. We know these are reachable by a frequent ferry, almost a taxi service, from Salcombe as we had taken the ferry and a picnic over to the other side when the children were young. The effect was almost of travelling across to an island. It was the red-hot summer of 1976. A truly memorable day that was.

As we walked down into town down the longest and steepest steps we have ever encountered, the views of the estuary opened up and were magnificent. 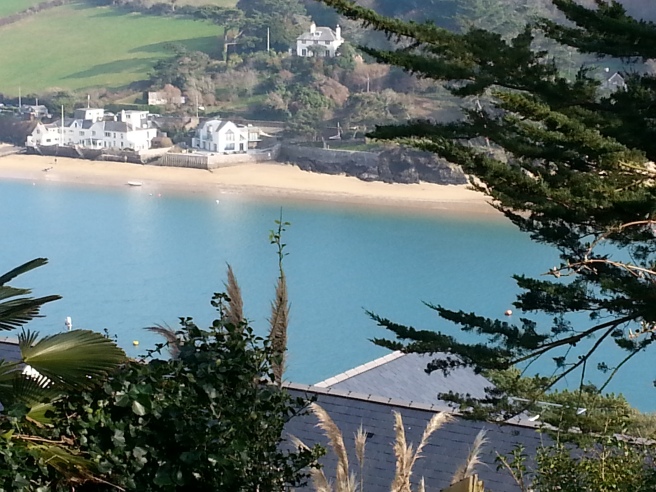 And town was lovely – absolutely crammed with independent shops just as we both like to see. So we had a little wander around those, saw one or two good pubs, and an interesting notice for my collection..

and then a coffee with a view..

We couldn’t in any way contemplate going up all the steps back to the car, so we guessed our way up various roads admiring the houses on the way.. 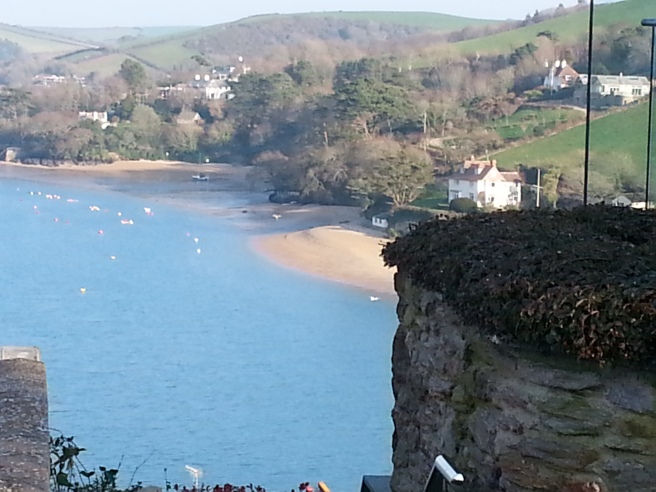 Just to cap things off we drove to one of Salcombe’s own beaches. The tide was coming in, it was getting colder and we needed to be on our way.

A great place on a cold winter’s day. It’s kind of a slightly more upmarket Dartmouth if you can have such a thing, as Dartmouth is spectacular itself. But in Summer I know all the wealthy RaaRaa Londoners will fill it with their braying tones. Ah well.

On the way back home we passed a lovely gateway to seemingly nowhere…presumably an estate rear entrance at one time now a very posh way into a field!!