I’ve already talked about the ‘Slow’ series of travel guides by Bradt when I reviewed the edition covering ‘Cornwall’. Since we have visited Devon once or twice recently I found  that I also had a copy of ‘South Devon’ on our shelves and so decided to have a browse. In fact these books are so good I had to read the whole thing. What I found was not only that it was pleasure to read, but that there are so many places, still fairly near to us, that we should try and visit over the coming year. I love the way that these guides give you as well as a potted history of places, highlights to visit, diversions nearby, excellent recommendations on food and drink, places to stay, and how to get there by public transport and how to get about, good walks too. All done in a friendly conversational style that draws you in.

We’ve really enjoyed the Cormoran Strike series on TV, and so last time we were in Truro we bought the three books that formed the basis of the series so far. They are by Robert Galbraith, also known as J K Rowling of course, and on the whole very good they are too. It was interesting that the TV followed the books very closely indeed, which shows you that their plot lines are very strong. The character build-up is also good…as, for many Crime books, it is not. And of course they are page-turners which has led to some very late nights, and the carrying round of the books during the day. They are lengthy

too which is good, as they can certainly sustain it. In fact the only thing I have against these is that after a fairly normal first story, the follow-ons get increasingly way-out and darker. It really isn’t necessary. 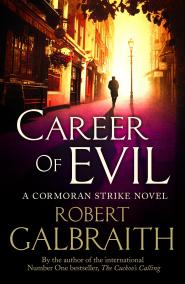 I am just finishing ‘High Minds : the Victorians and the Birth of Modern Britain’ by Simon Heffer. It’s taken me a while to get round to this as we had Simon along to give a talk at Warwick Books about five years ago, and very good value he was too. But it is a serious book and demands a thoughtful read. I can’t do better in describing what it’s all about than quote from the publisher’s blurb….’Britain in the 1840s was a country wracked by poverty, unrest and uncertainty, where there were attempts to assassinate the Queen and her prime minister, and the ruling class lived in fear of riot and revolution. By the 1880s it was a confident nation of progress and prosperity, transformed not just by industrialisation but by new attitudes to politics, education, women and the working class. That it should have changed so radically was very largely the work of an astonishingly dynamic and high-minded group of people – politicians and philanthropists, writers and thinkers – who in a matter of decades fundamentally remade the country, its institutions and its mindset, and laid the foundations for modern society.’

And that is a very fair summary. Indeed it is a high-minded book. We learn through Simon what the intellectual milieu of those forty years was, and we learn how radical change came about through the interaction of politicians, writers and intellectuals. Some of them already known to us, many not. As Dominic Sandbrook said in his review “There is something enormously refreshing about reading a history book with such a passionate moral agenda, as well as one with such scope, energy and intellectual clarity. High Minds is a book Heffer’s heroes would have loved – and perhaps there is no higher compliment than that.” We learn about the development of Women’s Rights, we learn how much trouble Prince Albert had in getting his way with the Great Exhibition and the founding from the proceeds of ‘Albertopolis’ which benefits us so much today. We get to know all about the great debates on education, changes in crime and punishment, the struggle between different forms of architecture, and so much else besides. This book is a great achievement and a wonderfully stimulating read.