Now this is one of those books for browsing. Subtitled, ‘A Spotter’s Guide To The British Landscape’, ‘Hidden Histories’ is just that. It answers lots and lots of interesting posers…..’Is that an ancient tomb?’; ‘It’s straight, but is it Roman?; ‘How old is this drystone wall?’; ‘What was kept in there?’. Basically it enjoins you to get out there and get your eye in. But many points of interest are mentioned throughout. For instance I didn’t know but Mary-Ann Ochota assures us, “Britain has more ancient trees than most of the rest of Europe”. Something we can all be delighted in. The Chartered Institute of Archaeologists concludes ‘This is an ideal introductory book for someone who wants to know more about British landscapes.’ And it is indeed, something to prepare you for the ‘deeper’ books of Richard Muir and Oliver Rackham. There are plenty of great photos and illustrations and each section is followed by a selection of the best sites and monuments. It certainly encouraged me. On our way to Plymouth just off the road we see a lump in the ground which looks to me exactly like a barrow. So I halted in the nearest lay-by and marched up the side of the busy dual-carriageway quite a long way to take a photo or two. I have consulted an archaeologist who says it may be a farm rubbish dump. I still favour a barrow. 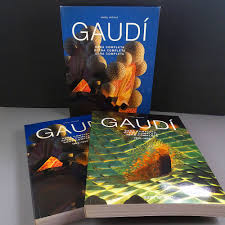 case looking very enticing but still in their plastic cover, unopened……‘Gaudi : Complete Works’ Why, when I love Gaudi so much, had they never been opened? I cannot answer that question. It was a sheer joy to revisit some of the Gaudi buildings and works which we know well ourselves from our many visits to Barcelona, and to see some of his work of which we were entirely unaware. Gaudi can be classed as working in the Art Nouveaux style, or in the Spanish or Catalan term as ‘Modernista’ but actually he was of course entirely unique. His work is a sheer joy calculated to bring a smile to anyone’s face. It is Arts and Crafts meets Gothic meets Mediterranean vernacular. Some of the buildings we see in Barcelona are now old friends…..these books make them resident right here…beautifully illustrated too.

‘Sweet Heart’ by Peter James is a book I picked up in Morrisons for £4, something I have never done before…… I usually give a quick glance at the book section and conclude….’trash’. But I thought I was short of something to read and we know Peter from events he did for us at our bookshops and know he is an excellent author. It is not one of his usual and very good detective novels with DS Roy Grace set in the streets of Brighton. Rather it is a ghost story, but one with a difference. It is about someone who regresses under hypnosis, something I happen to believe in. After all if genes can be passed through the generations with all kinds of information why on earth not memory? On Peter’s site the blurb gives…                                                                            ‘After Charley and her husband Tom move into Elmwood Mill, sinister memories of a previous experience start to haunt her. Despite both their attempts to dismiss everything with rational explanations, the feeling turns to certainty as these memories become increasingly vivid and more terrifying. Persuaded to undergo hypnosis, each session stops in a feeling of doom and terror. There is something hidden that the therapist cannot reach. Something that was safely buried in her past – until now. In searching back she has unwittingly opened a Pandora’s box of evil. It is too late to close the lid. The terror is free.’ The book did remind me very much of a Stephen King. You are drawn in and become part of the story. The only quibble I have is that the main character seems incredibly brave, far more so than I would be, and I did begin to query some of her actions. Other than that, a creepy read which will almost certainly have you on edge.

been in my possession quite a long while and it is my type of book. Or so I thought. In fact I have found it extremely annoying. When one talks of the peoples who lived here thousands of years ago, obviously material remains are few, and assumptions will be made, which you can agree with or not. But not to the extent of telling us their daily lives and how they were feeling. It’s absolute rubbish, and I don’t know why Nicholas Crane expects to get away with it. On and on he drones ‘acquainting’ us with our remote ancestors. It reminds me very much of ‘Time Team’ and the way that at prehistoric sites if they can’t think of anything else, or have no real evidence, they conclude that such and such a site must have been developed ‘for important ritual purposes.’ What nonsense! If there is no evidence, don’t try to draw any conclusions. I persevered with Nicholas Crane for several chapters and, as a historian myself, at great mental and emotional expense, thinking it all might get a bit more realistic, but no. A very, very disappointing book which I had been looking forward to. Shame.