Looking to the future, we decided to go house hunting in Cheshire. I would like to be within striking distance of Manchester where I come from, with its magnificent facilities, and Cheshire adjoins it and is the epitome of rural England. I have looked at thousands of houses on-line and know we can find one somewhere in Cheshire which will allow us to free up a bit of capital and give us a bit of leeway in our plans (mainly travel and going out – theatres, concerts etc). We weren’t scouting particular houses but looking broadly across the whole county to assess where we would like to live.                                                         I booked a converted barn for a week which looked great in Sawdays which is usually very reliable, and so it proved. We were greeted by Martin, who farms the land, and one of his lovely dogs Beth. Martin was a great host for the whole week and gave us lots of good tips on where to go.

We settled in very quickly and were soon enjoying the March sunshine…. 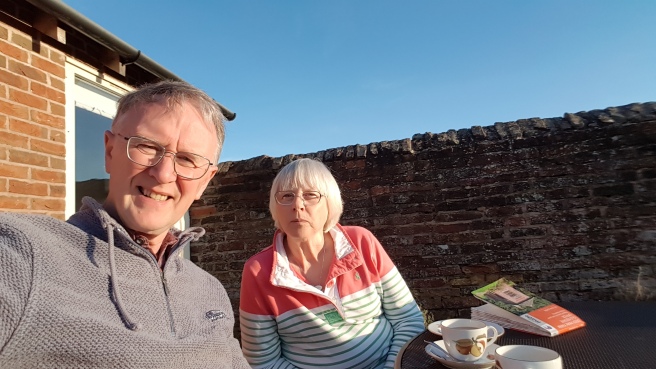 and on our first evening we drove to the local pub…the Swettenham Arms…just what the doctor ordered – a nice gastropub with good ales. 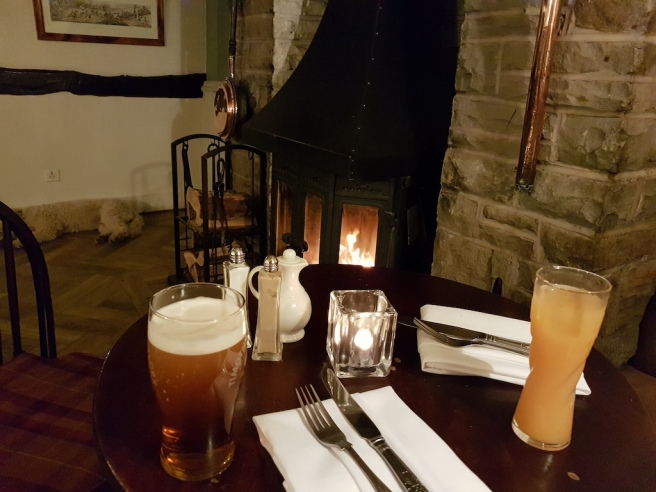 Outside, across the car park, was the church of St Peter’s which is very unusual and interesting with its stone build, but with a brick tower….unfortunately we never got around to visiting it. Another time.

On our first full day we set out from our cottage in the grounds of Kermincham Hall past the pond and down its long drive which gave us a feeling of grandeur every time we used it, and…..

first of all explored Middlewich a historic town with its name suggesting a salt town and being the middle salt town in fact between Northwich and Nantwich. The Romans first mined salt here, and it was mined and processed til fairly recently. In reality the town itself apart from an attractive area by one of the three canals…. 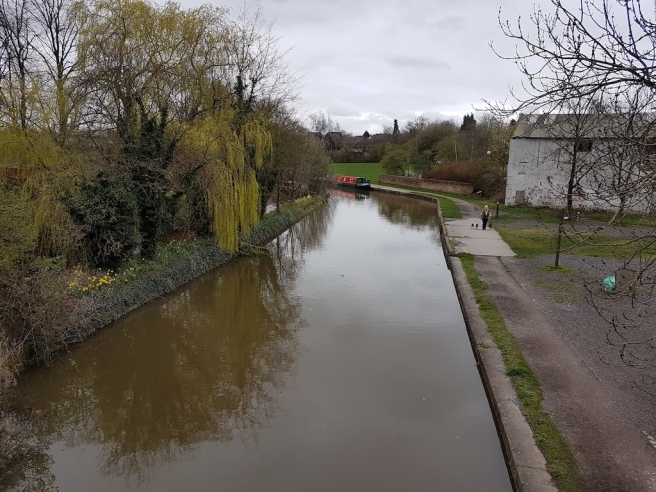 and by the green surrounding the church…was a bit of a dump – very poor High Street with downmarket shops and giving a depressing, run down feeling. Reminiscent in fact of many towns today.

Our mood lightened considerably however when we went next  to Sandbach, a peach of a town. The first great thing about it was free parking. To the two of us who have run shops in several places it is a no-brainer. But councils everywhere seek to bleed town centres dry with heavy rates and support for out-of-town developments and the results are as obvious as they were in Middlewich. We hit upon a lovely hotel for lunch – a gastropub and boutique establishment, The Wheatsheaf. We ordered something light and settled down to read our newspaper and do the crossword between us. Forty minutes later, having completed the crossword but without food, I caught the eye of  a member of staff and explained we were waiting. She could not have been more apologetic and efficient. Our open sandwiches and thrice-cooked chips appeared in no time. She explained that our order had been lost in a staff handover. Inexcusable of course, but I was gobsmacked when she again apologised and said we would not have to pay anything. Now that is, in the end, good customer service par excellence 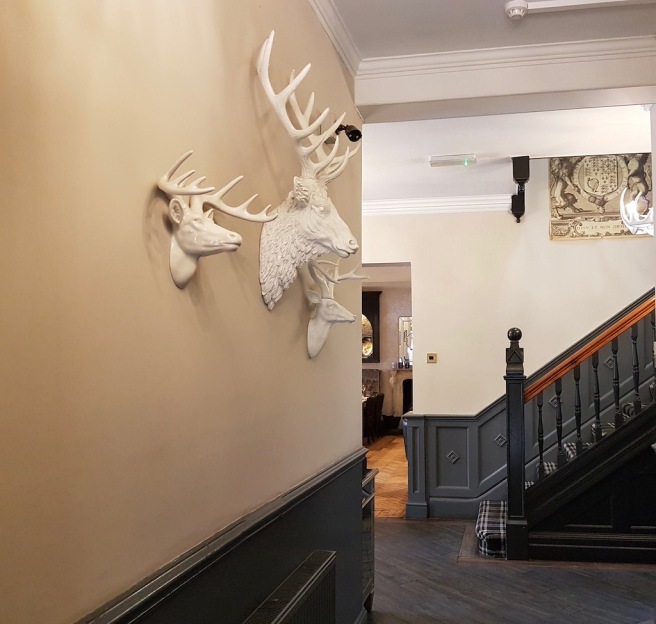 Satisfied and satiated, we strolled through town and discovered it was market day with lots of good food stalls….but we were more taken with the buildings…..

many of which were traditional Cheshire Black and White… 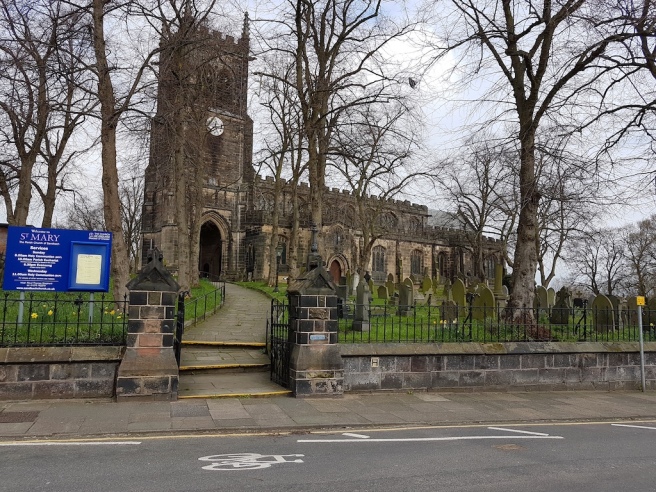 and the pub opposite the church Old Hall where we called in for a quick half was amazing, believed to date from 1656 and once the residence of the Lords of the Manor of Sandbach. It is absolutely magnificent. 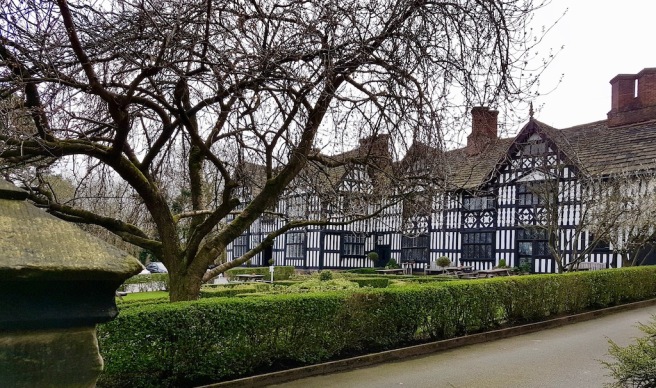 The centre of the town is picturesque with its cobbles, more Black and White houses, good pubs on all sides (!)….. 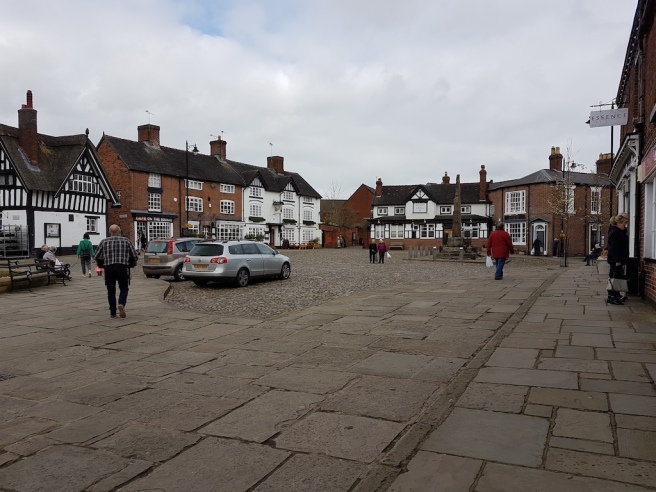 and a lovely Deli (amongst many other fantastic Independent shops in town)….. 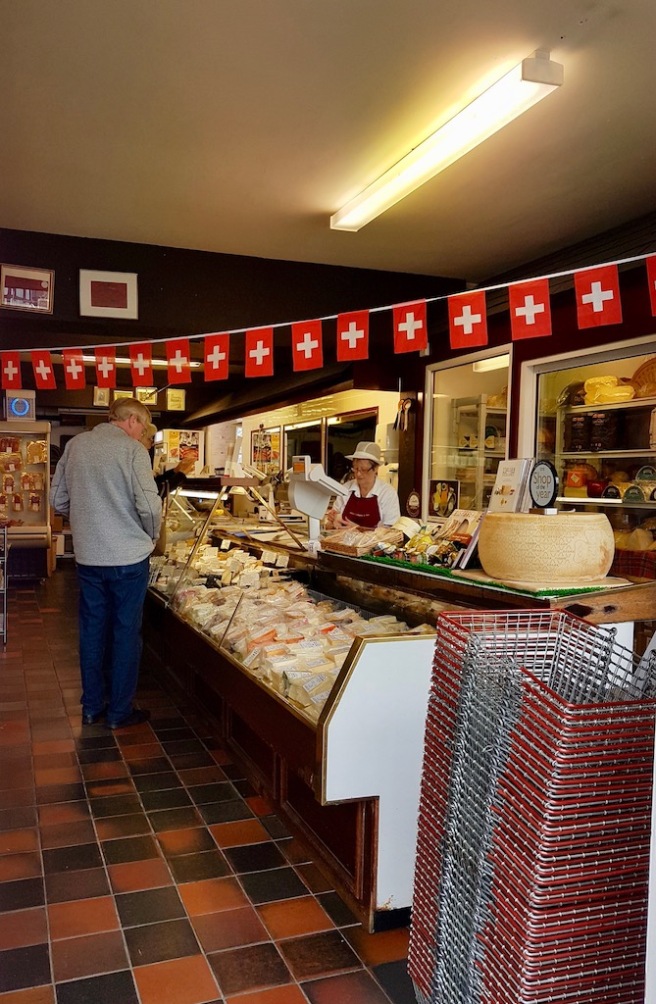 and there were two impressive and massive Saxon stone crosses dominating the square.

They are elaborately carved with animals and Biblical scenes including the Nativity of Christ and the Crucifixion, and probably date from the 9th century. They were originally painted as well as carved, and they are among the finest surviving examples of Anglo-Saxon high crosses. Later we found several towns and villages that we liked very much, but none of them matched Sandbach, our likely destination?                                         Anyhow, next stop was Nantwich. We had been before to have a chat to the local bookshop owner. It was as pleasant as we remembered. Again a great church and a pretty close surrounding it….

The streets were full of atmosphere and with a wonderful range of Independent shops again…and everywhere seemingly unspoilt and well cared for…. 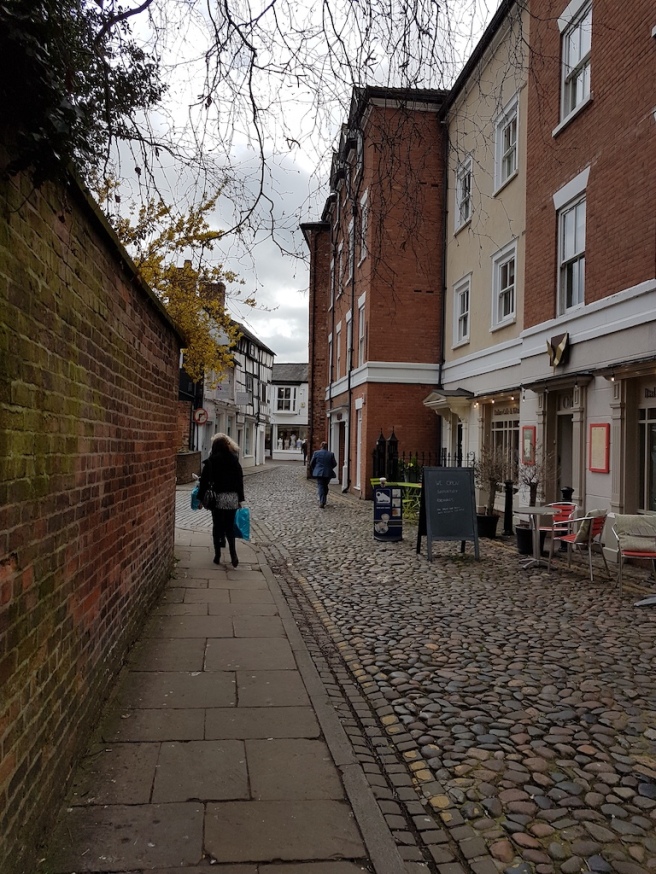 Even the multiples were well hidden. 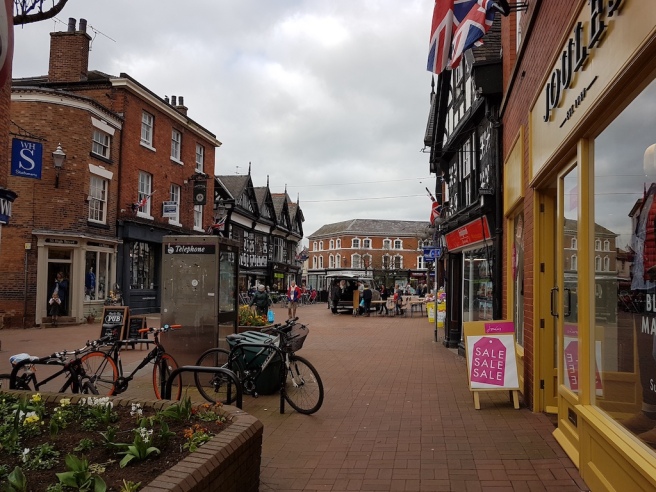 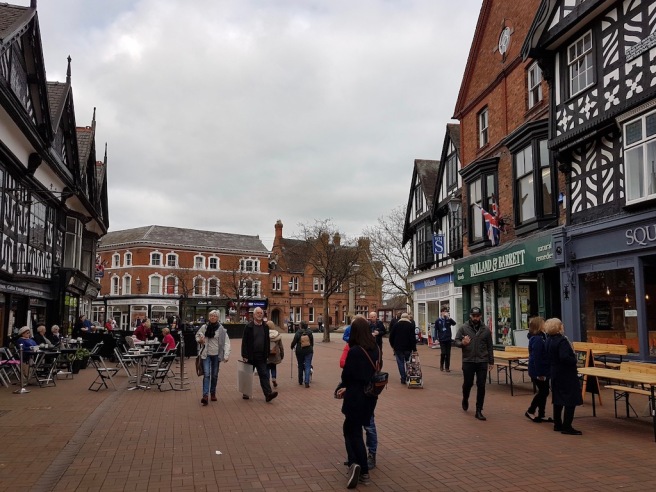 One thing that wowed us was this boulder. 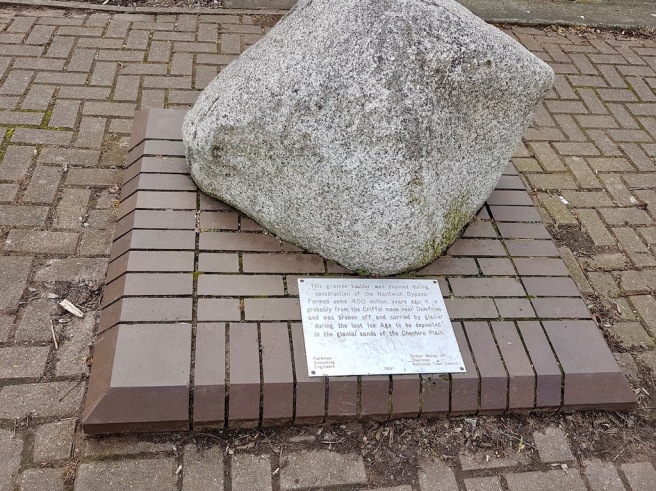 It was a long walk so we were glad of a suitable place of refreshment back in town..A terrific medium-sized town but not quite as lovable as Sandbach was our conclusion.

That evening we walked to the Swettenham Arms across three fields, by the nascent River Dane,

sliding across the occasional fence to avoid the mud,

and getting back just before sunset….