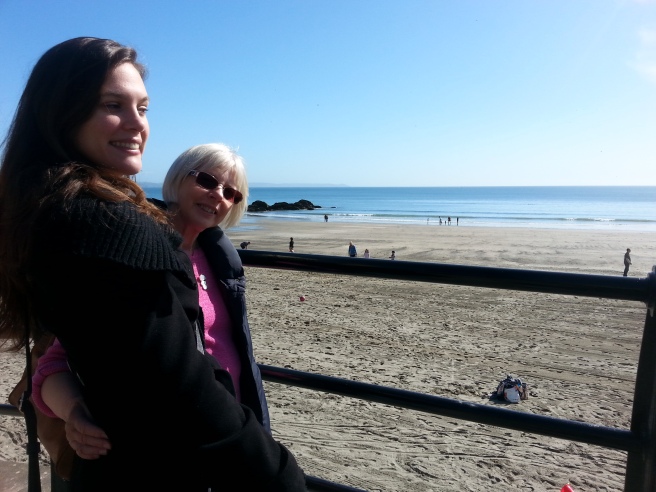 First visitors to our new home in Cornwall were our son and daughter-in-law, David and Jennifer. First place we took them was on the beautiful bus run to Looe, where we looked at the beach, walked to Hannafore, had lunch at the award-winning fish and chip 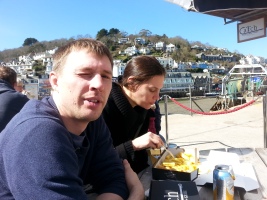 shop ‘Catch’, and walked the streets to take in some shopping. Catch is super, located on the harbourside the fish comes from just yards away, there is always a daily special, the freshness is palpable, and basically it’s a bargain meal. The next day we took them to our favourite hotel in these parts – The Talland Bay. What a fabulous and quirky place this is, and probably my favourite hotel in the world. Set on the hillside above the small beach at Talland in extensive and as we will see unusual grounds, with a 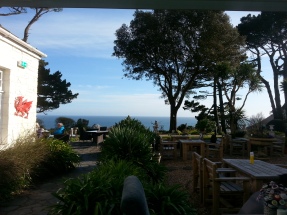 marvellous sea  vista and sideways view to the small hamlet of Talland and its impressive cliff-top church, it is more or less halfway on the coast path between Looe and Polperro, and reachable by us in the car in 15 minutes. The church at Talland,  is dedicated to St Tallanus and as such is unique in Britain. Unusually it has a detached bell-tower on the south side which was joined to the main bod 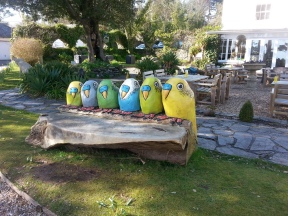 y of the church in the 15th century. There survives old woodwork in its fine wagon roofs; and the many benchends (partly ca. 1520, the rest ca. 1600) are of the usual Cornish type and among the finest examples of these. But back to the hotel, not only do the gardens contain loads of talking points but inside is crammed full of quirky art works…..you could be in a boutique hotel in Barcelona. I particularly like the budgies outside and, the cheerful clock inside, and I love the naked bottom hanging outside the Gents! 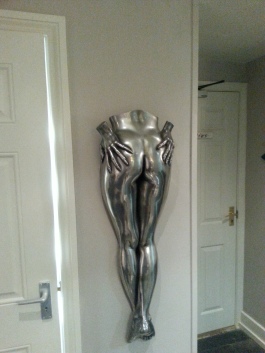 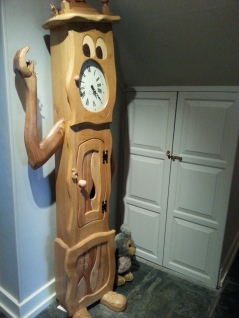