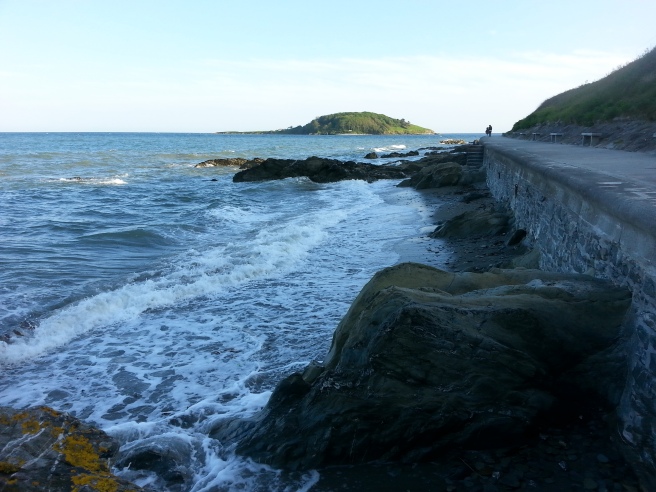 This is the sea defence wall which we walk along to get to Hannafore. You see it at a particularly high tide which is also indicated by the height of water at Looe bridge. There is at low tide a quiet, south east facing beach predominantly  shingle that reveals some coarse sand and an extensive reef with rock pools at low tide. Most people visit the beach for these fantastic rock pools that are uncovered twice daily, but it also a great suntrap due to its positioning.
Hannafore never becomes too busy, partly due to its location (across the river) and partly dues to its lack of facilities and golden sand like neighbouring beaches. It is popular with

dog walkers though as it is one of few dog-friendly beaches around Looe. Occasionally we stop to talk, on one occasion to a 90 year old who did his service in wooden huts on Bodmin Moor just as Alan Bennett did in the book I have been reading. They both learned Russian there too! There is a large hotel in Hannafore which attracts coach trips especially from Wales (we are always hearing Welsh accents), a Bowling Club, a kiosk and a nice cafe, and apart from that just expensive houses with enviable views! Back at home we relax in the garden which is really coming into its own now…..the profuse amount of Spring flowers in the banks and hedges may have come to an end now but the green lanes and surrounding countryside look very ‘English’. 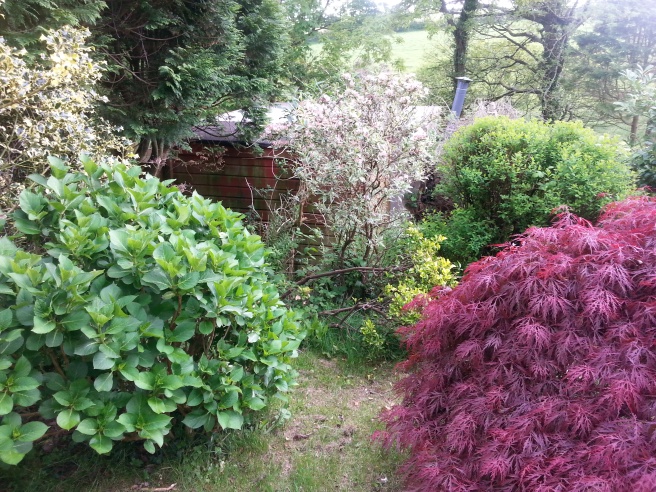 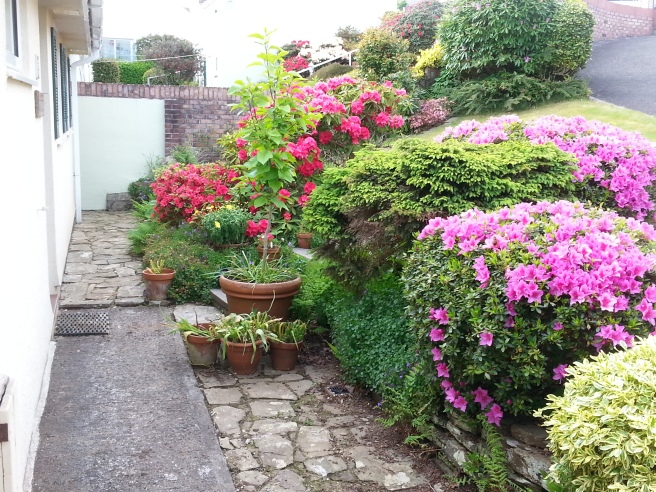 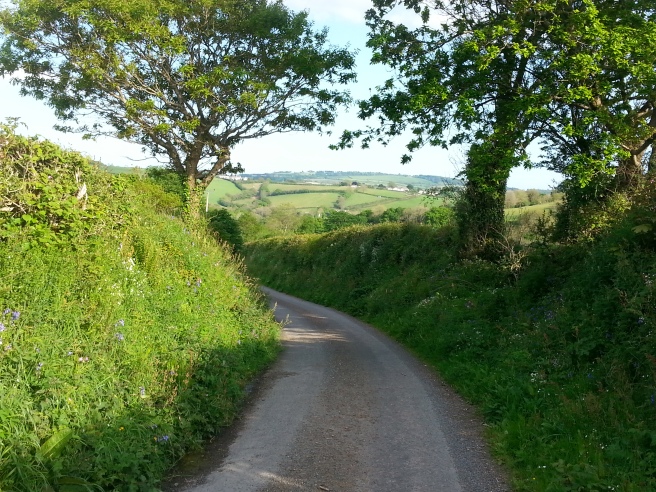