Always nice when family visit, and much different again when our granddaughter comes, as we tend to revert to childhood, and doing child-oriented things! Despite cold conditions on the first day a trip to our nearest seaside (Looe is 15 minutes away) was in order. Now, a kite and a windmill, this looks interesting…and putting the stunt kite together even more so. Pity the conditions were too windy…….

But, even without bucket and spade, we were able to make the semblance of a Norman motte and bailey, and the windmill came in handy.

We did see something we haven’t seen here before…an eider. All those feathers needed to keep itself warm.

Still time before the bus for rides…..

and arcades….we were all desperate to keep playing the penny drop, and Aiisha won some coins and a unicorn….

a hot chocolate in the cafe overlooking the beach was very welcome, and allowed some time for more serious stuff….

Because it was so quiet (start of season, no school holidays)  the punters almost outnumbered the staff.  But not quite, and at first we had to wait for a member of staff to turn up to whichever ride we wanted. We soon learned to keep in step with where the operator was, and then he followed us as we got talking and got to know him. So, we had our pick, and he always offered different speeds….although it was soon clear that Aiisha and Katherine always wanted the fastest. 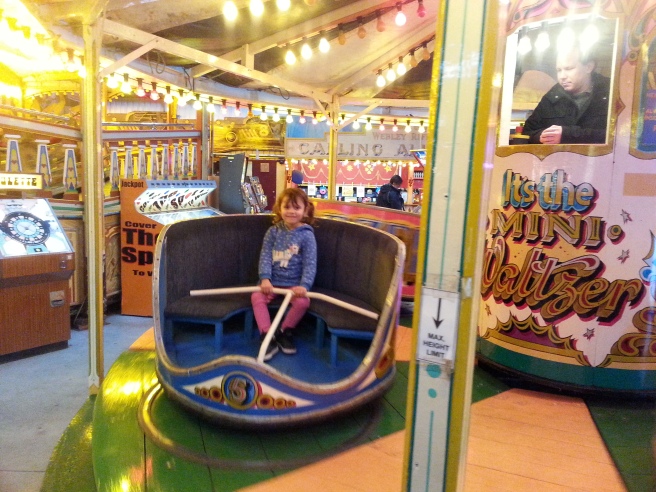 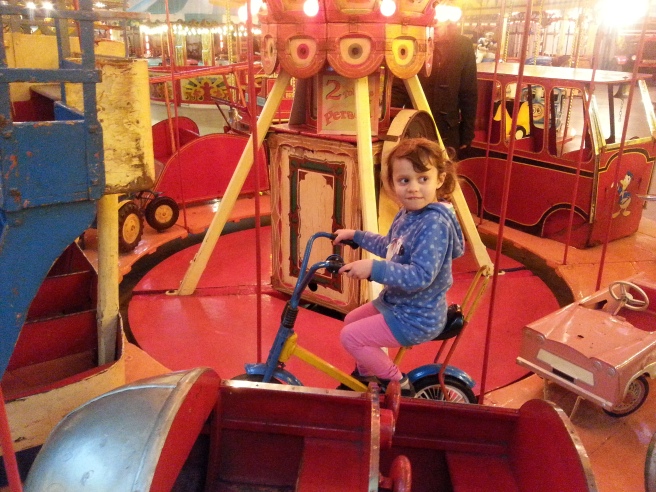 This was the oldest ride and went very fast….

and it seemed faster as the bit in the middle rotated the other way….an old fairground trick which first of all used the iconic figure of Popeye, which is still preserved here…

One of my highlights was the old Ghost Train which had come here from Blackpool, and which I had been on when young and gullible…it was pretty frightening for a 3 year-old, but no tears. The weather wasn’t great again, but at least we were inside. Home via Tavistock where we called in to probably our favourite pub in the South West…..the Cornish Arms. We also stopped to take a couple of pics of an old stone bridge and the manor house it was leading towards……must look it up on the OS map. 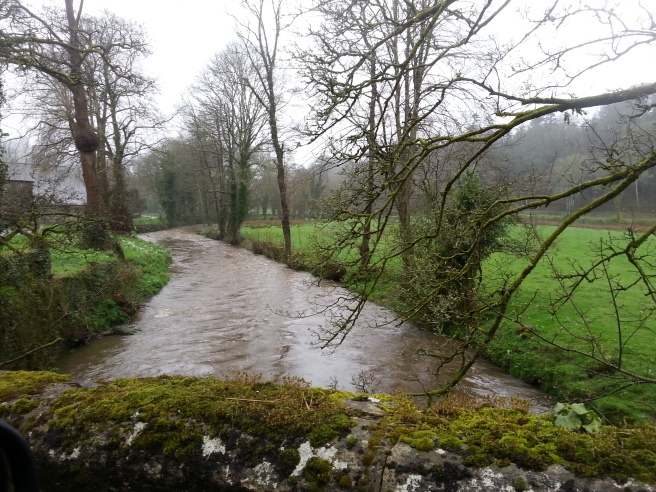 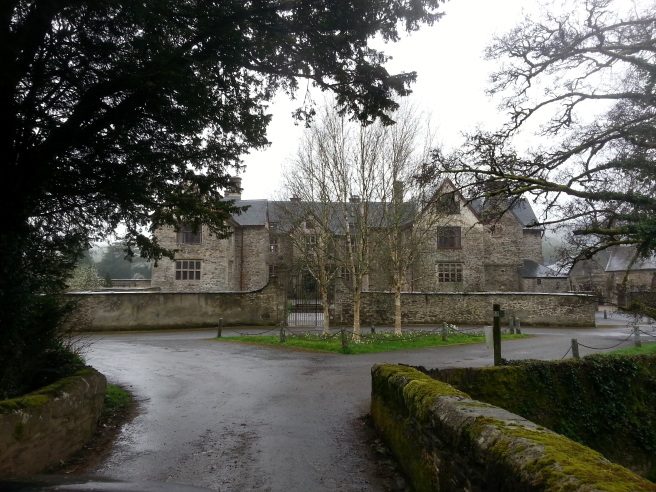 Whenever we wanted exercise near home we could step from our garden onto the path by the river which leads to the play area which is usually very quiet..

and, if the weather was nice, eat in our own garden using our brand new table and chairs…salad with my home-made bread, (seeded walnut and raisin wholemeal), and of course a bottle of wine…what could be nicer? 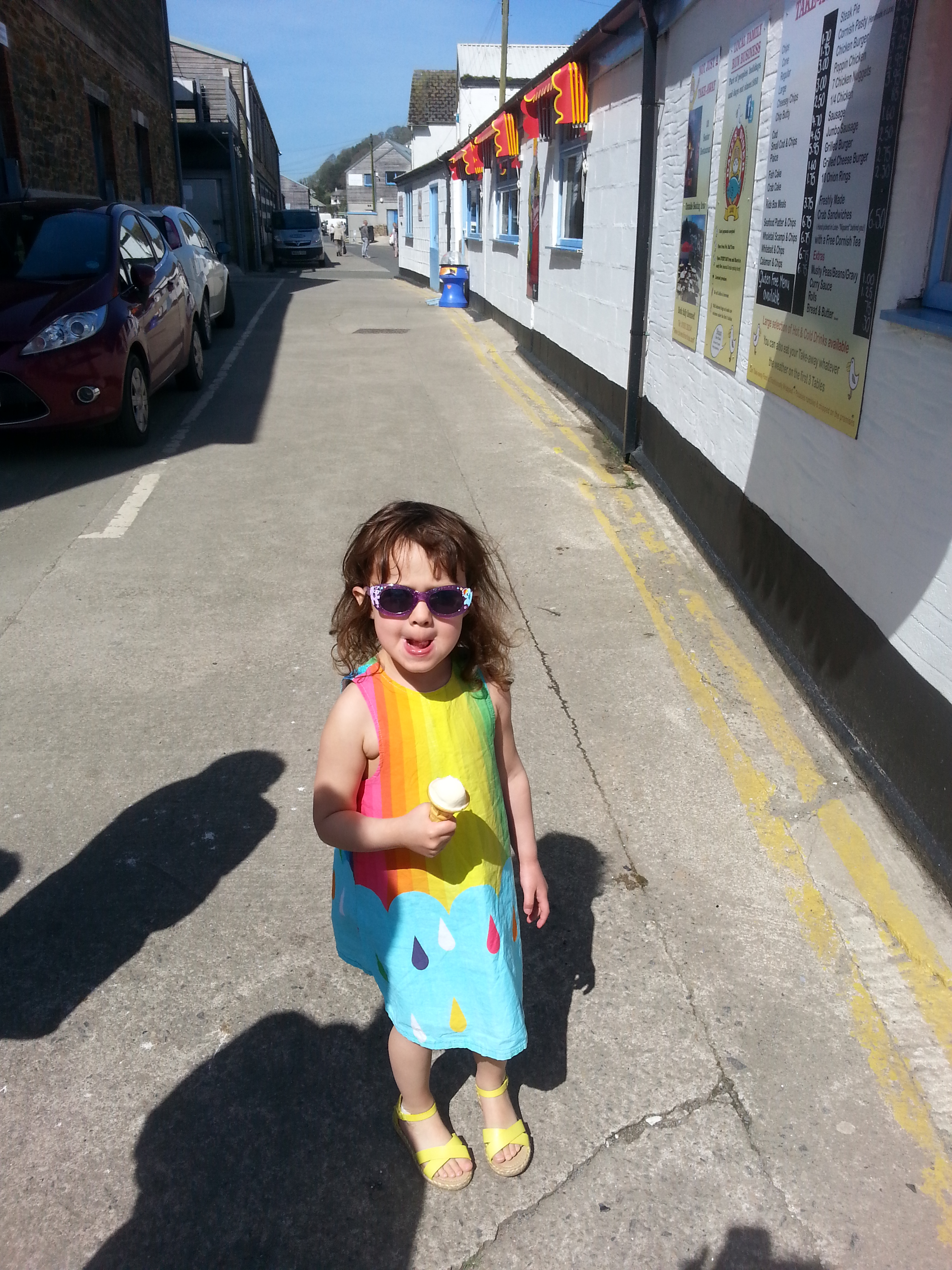 and the sea in April? almost warm enough to dip a toe….

catching butterflies is an unusual sport at Looe!

When Nasar arrived to join us, we decided a picnic on the river would be a nice family thing to do, and so we arrived at Mylor with much anticipation despite the grey day….

The girls at Mylor Boat Hire were very friendly and helpful and they at least were optimistic that the mist, which was really quite thick, would burn off. It was an adventure taking the little motor boat through the packed harbour and with the help of the map which was provided we headed for Trelissick and the King Harry ferry where we were told there was a mid-river mooring we could tie up to. Here we had our picnic brunch or lunch… 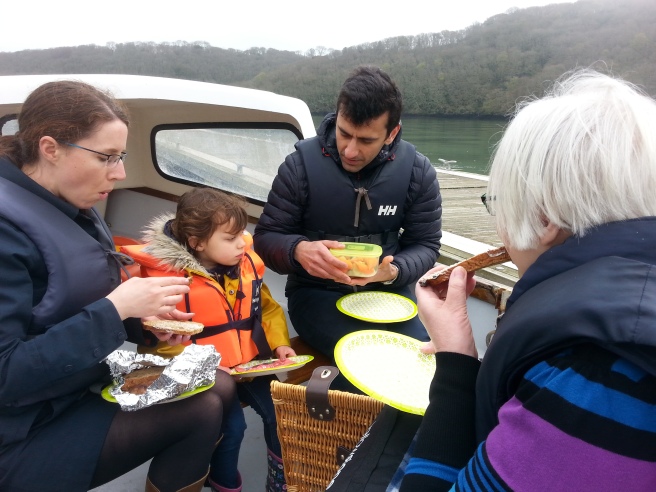 great fun was had by all although sometimes…… 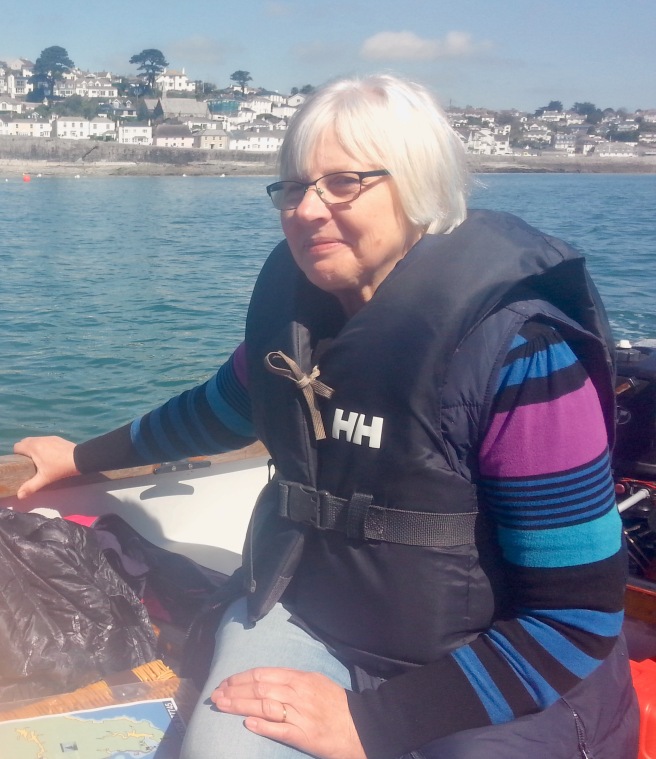 a little concentration was needed….. 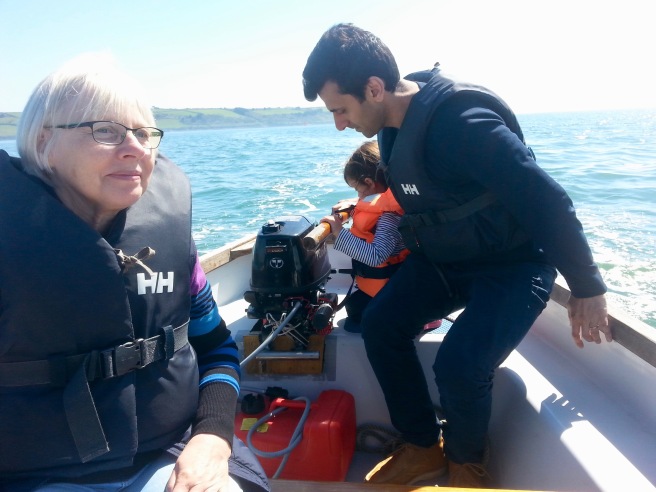 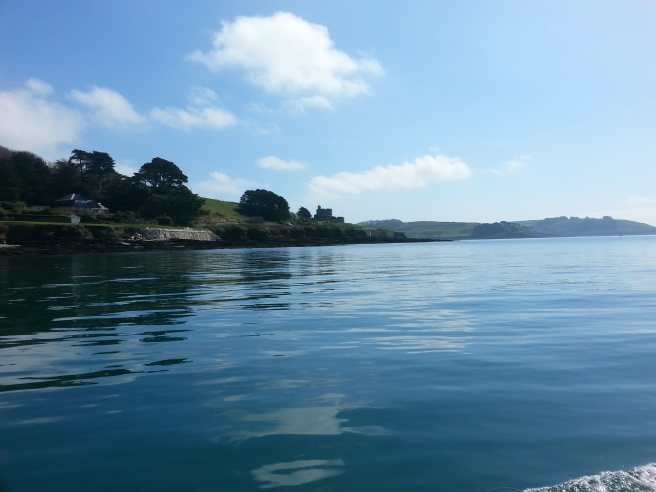 and the castle looked as majestic as ever……

For four and a half people, £70 was excellent value for 4 hours cruising on the wonderful Fal river…we shall do it again when the opportunity arises…..driving into Falmouth afterwards we stopped at the pretty Kimberley Park to run off some energy….. 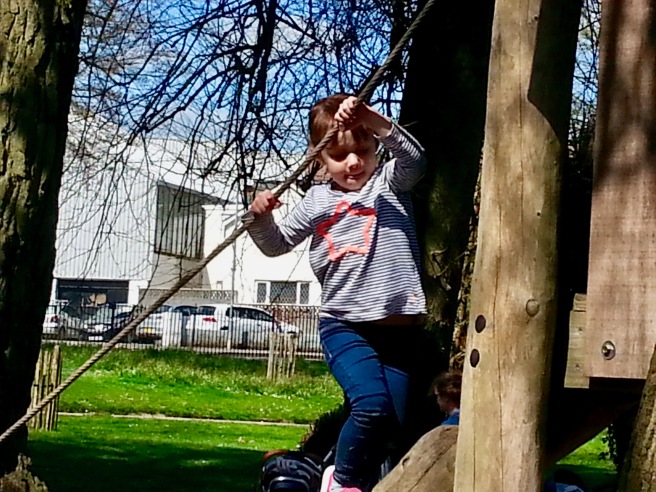 and then did a bit of shopping. Falmouth really has a terrific assortment of independent shops – often with views of the river. As it was Katherine’s birthday, we stopped at The Alverton Hotel in Truro for afternoon tea..what used to house nuns now retains great character..

there were certainly enough goodies to go round and in fact we asked for a doggy bag in the end!

The last day of the visit we split up. F. and I dropped the others off at Woodlands Theme Park on the top of the hill outside Dartmouth, whilst we had a really good wander around the town. Didn’t realise Simon Drew now had a giraffe!

Looking for lunch we hit upon the Dartmouth Yacht Club on the Embankment, and what a fantastic choice we found we had made. Up on the first floor was the lovely bar/restaurant where we had a delightful lunch and a long chat with the manager about football, sailing, life in general, and just sat and admired the view….. 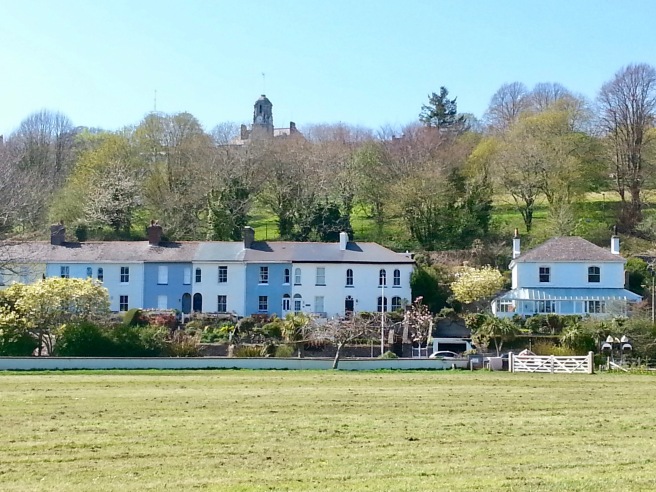 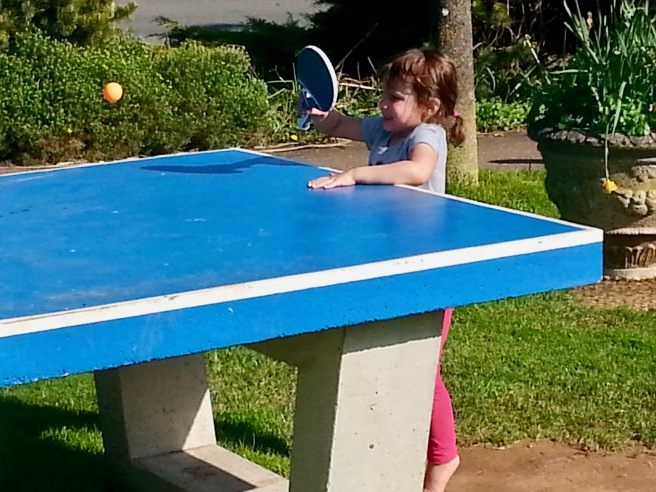 Suitably rested we made our way back home…after another wonderful day out.