Great news that the village shop is now open again, and seems just as good. We were here to do the walk to St Winnow and back as it was such a nice day. First you pass one of the lime kilns round about. There are three others (one now converted into a house). It is quite astonishing how many lime kilns were needed in rural localities. Basically the limestone was brought up from Fowey by sailing barge, and transformed to quicklime in the kilns…

‘The Romans developed the burning of limestone to make lime for use in building as a mortar, although there is little evidence of their kilns in the country. During the Middle Ages, with the increase in building, the demand for lime again increased. However until the middle of the eighteenth century most lime kilns were temporary structures near to the site where the lime was required. These were either left to collapse after use or dismantled. In some places the limestone was simply burnt in clamps or pye kilns, in which coal slack and limestone were burned in an enclosed heap.

It was the agrarian revolution of the eighteenth century, when vast areas  were enclosed for farm land, that created an enormous demand for lime which would reduce the acidity of the soil and make it more fertile. Vast numbers of lime kilns were built and many farmers had their own. Elsewhere large blocks of kilns were built and run commercially so that farmers could buy their lime.’ 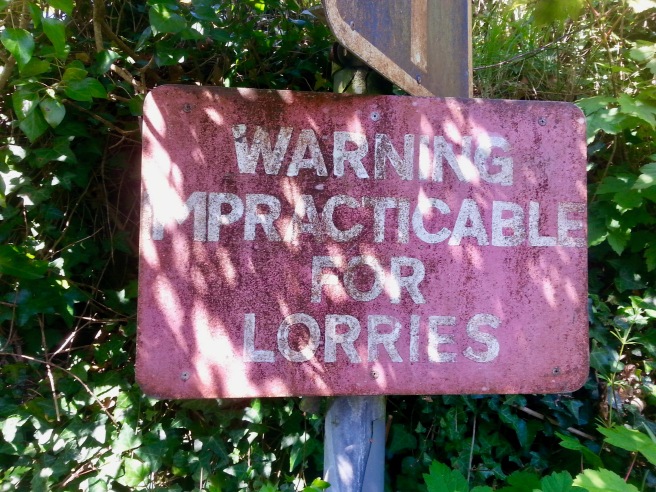 We used the bridge…F. not good with stepping stones having failed to negotiate one in the Lake District!

There are some really pretty cottages in Lerryn with lovely gardens, behind built into the steep slope or on the other side of this lane sloping right down to the river… 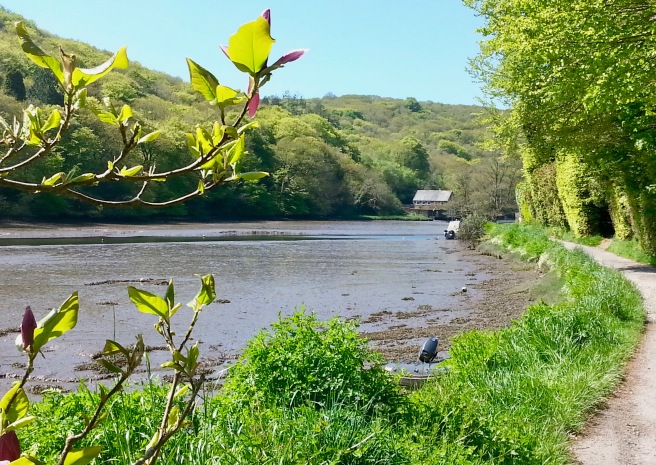 The first two thirds of the walk is entirely tree-shaded right by the side of the river – nice. It is the River Lerryn at first and then this runs into the main River Fowey.

What could be nicer?

Only the occasional obstacle… 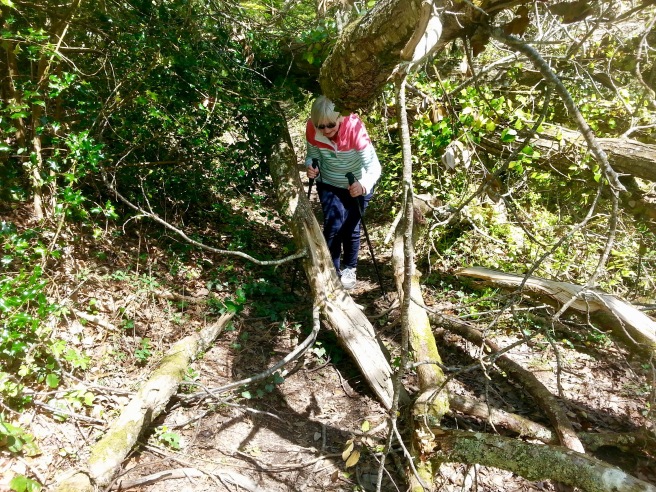 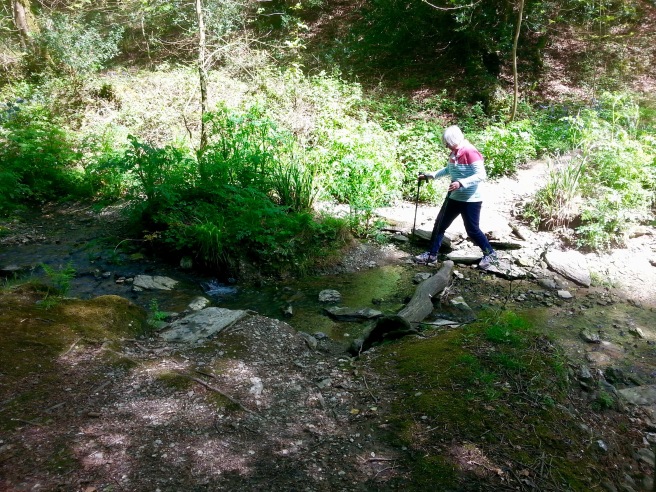 and some really great places to take a break…. 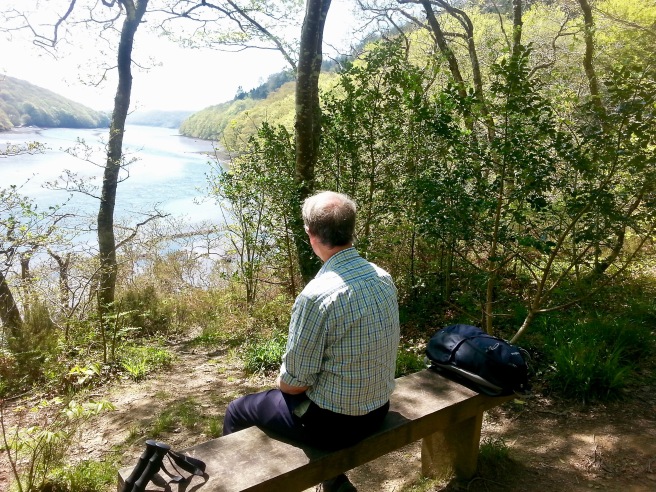 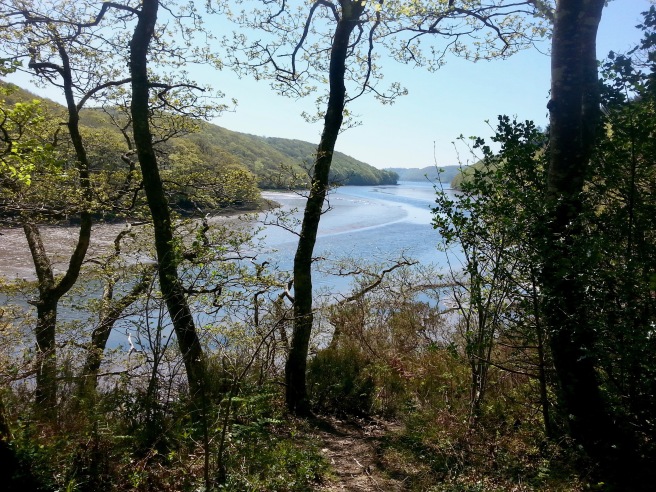 From here you can just see Golant, down river and on the opposite bank, with its plentiful moorings, another village we like very much. 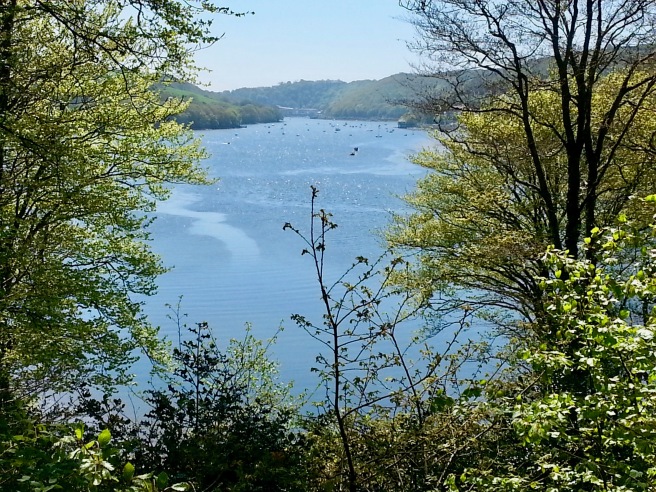 Bluebells and wild garlic were the main plants today… 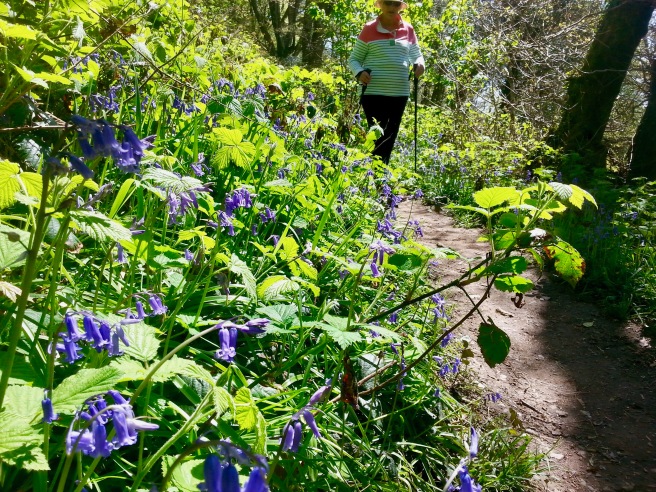 and the views are pleasant looking occasionally away from the river….

I have thought many times that I would like to write a booklet in the terrific Shire series (which covers every subject under the sun) on the huge variety of gates and stiles you encounter in the English countryside…here’s a new one on me. Ah yes, the Shire series we used to sell….amazing. From ‘Roodscreens’ to ‘British Microcars 1947 – 2002’, from ‘Bells and Bellringing’ to ‘Victorian Fashion’. You couldn’t make it up.

This boat has got a bit close! 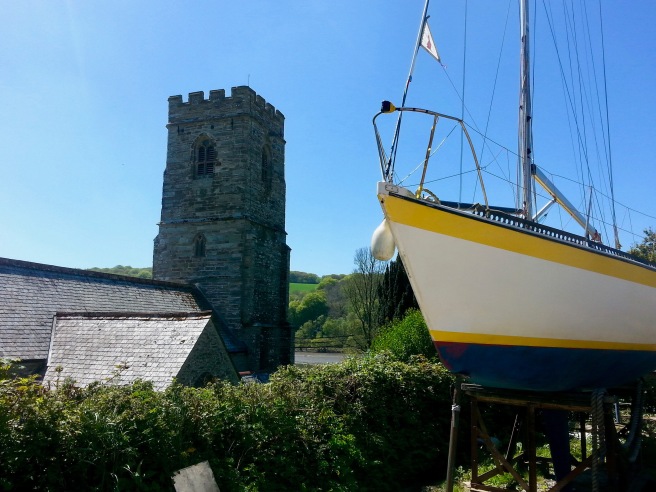 and now our real objective, just by the side of the church…and why not? In fact we both agreed this salted caramel cone was the nicest ice cream we have ever tasted – apart perhaps from Brymor’s ‘Top Gold’ which we used to sell in our sweetie shop in York, now I see with sadness no longer available. That was just too good. 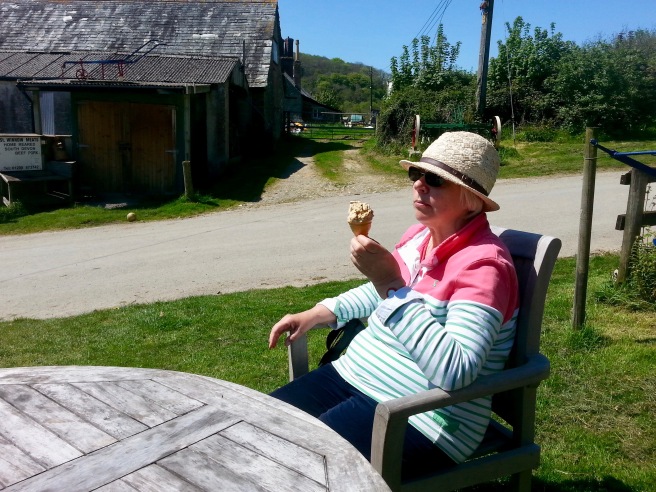 The steepish climb out of the settlement gives a real flavour of the superb setting of St Winnows.

Not far to go now, over a few fields with happy cows, through the fringes of a wood, and we are back to the River Lerryn. A truly delightful walk.